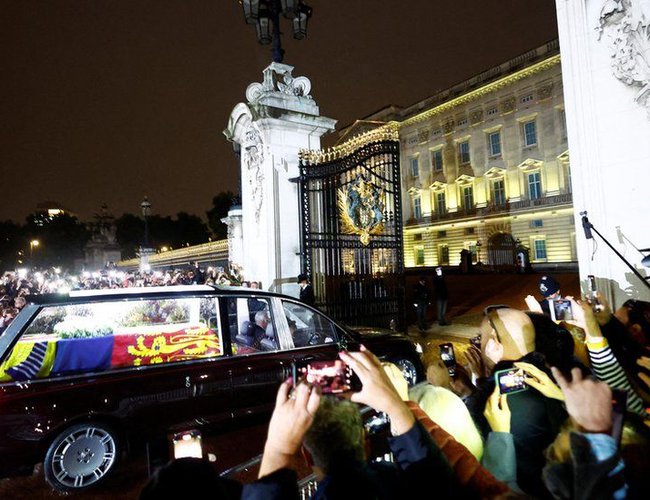 The coffin of Britain's Queen Elizabeth II has arrived at Buckingham Palace in London.

The Queen passed away at Balmoral Castle, her summer home in Scotland, on Thursday last week at the age of 96.

On Monday, her coffin was carried to a cathedral in Edinburgh, where about 33,000 mourners paid their respects.

In London, mourners braved the rain to line the streets, as a car carrying her coffin headed for Buckingham Palace, where her eldest son King Charles III waited.

The Queen's coffin will be transferred to Westminster Hall in the Parliamentary estate on Wednesday. Members of the public will be allowed to pay their respects there for four days.

Her state funeral will take place at Westminster Abbey on September 19.

Over 1,500 Die In Devastating Earthquake In Turkey By Agencies 2 days, 7 hours ago