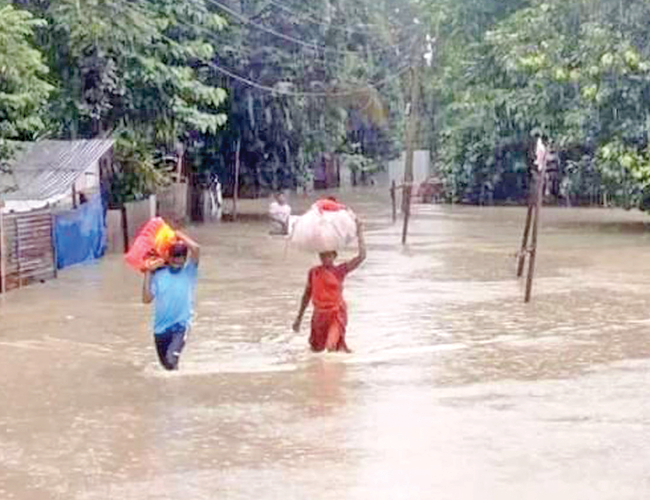 Different settlements in Bardiya district have been inundated due to floods in rivers and rivulets following the incessant rainfall since Wednesday.

Flooded rivers and streams at Rajapur and Thakurbaba municipalities in the district have inundated the settlements.

Chief District Officer Shambhu Prasad Banstola shared that with the increase of water-level in Karnali River, 30 families of Bajuroli Tole at Rajapur-7, and 25 families of Thakurbaba Municipality-5 and 7 were shifted to safer places.

CDO Banstola urged the locals of riverbank areas not to involve in fishing and collecting wood logs from rivers to remain safe as water-level in the rivers and streams was still rising.

The Babai River has crossed the danger level due to continuous rainfall in Bardiya and its vicinity. Karnali and Rajapur of Bardiya have recorded 267.4 millimeter rainfall in the last 24 hours. (RSS)