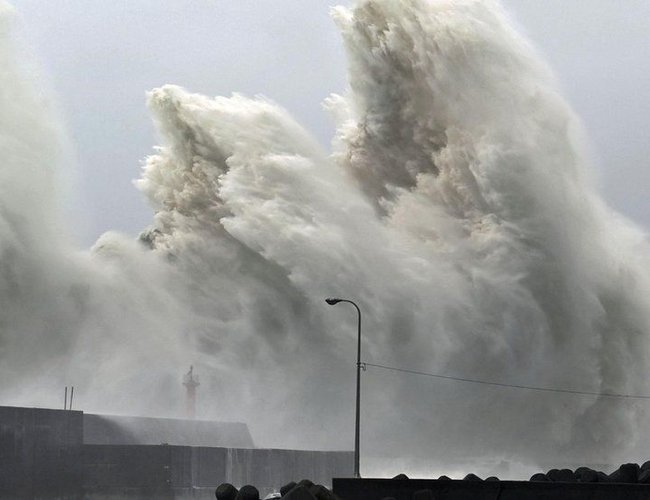 Severe tropical storm Nanmadol is leaving a trail of destruction in southwestern Japan, killing one person and injuring at least 69 others so far.

Local authorities have issued evacuation orders for millions of people in the Kyushu, Chugoku and Shikoku regions.

The severe tropical storm has left about 250,000 households without electricity.

There have also been large disruptions in transportation.

Japan Airlines and All Nippon Airways have canceled over 800 flights in total scheduled for Monday.

Other airlines are also grounding some planes.

Shinkansen bullet train services have been suspended in many areas.

Trains between Hiroshima and Shin-Osaka ran on reduced schedules in the morning but started suspending services at 2 p.m.

Operators are urging passengers to check the latest information before traveling.