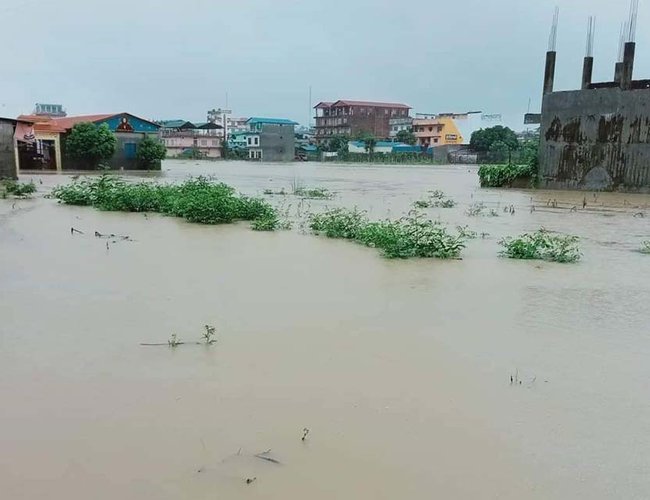 A total of 140 houses in east Nawalparasi were flooded on Friday, due to floods in Narayani and other rivers following incessant rainfall since the past few days.

Spokesperson of east Nawalparasi District Police Office, Santosh Pathak, said following the incessant rain since Wednesday night 80 houses in Gaindakot, 20 in Madhyabindu, 28 in Binayi Triveni and 16 in Hupsekot were inundated by flood water.

Meanwhile, the Daldale-Kumsot-Pokhri road, which connects the district headquarters to Boudikali and Bulingtar, were blocked by landslides also triggered by continuous rains. After the road connectivity was obstructed, the people who went home to celebrate Dasain were not able to return, while the patients who had to be reached to the hospitals were affected. Travellers have been forced to take alternate routes as a result. 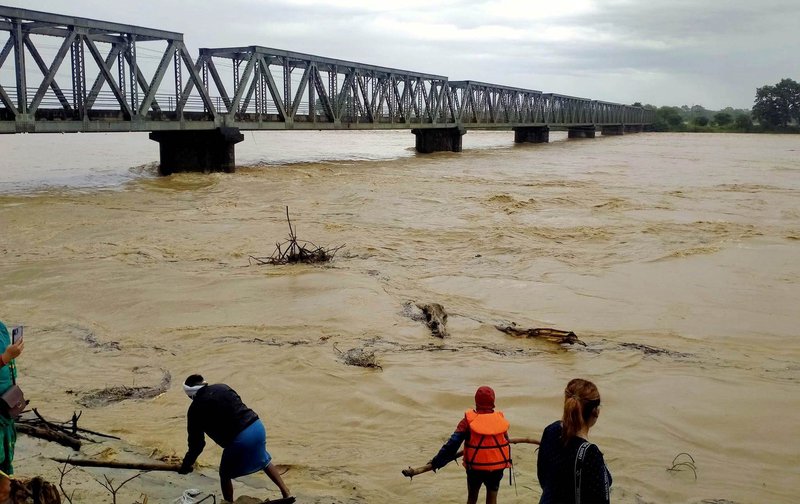 The Rapti River, which flows through three municipalities in the eastern region of Banke, has swollen due to incessant rain, and its water level has reached record high this year.

The water level in the Rapti River at Kusum, Banke District, has crossed the 8.55 meters mark.

According to the Measurement Center at Banke, the water level reached its danger level on Friday evening, so the residents around the area have been alerted to adopt high precautions.

The District Disaster Management Committee on Friday evening asked the residents of Duduwa, Raptisonari, and Narainaapur, lying in the coastal area of Rapti River to immediately evacuate their villages and to move to higher ground.

The low-lying areas of Birendranagar Municipality of Surkhet have been waterlogged due to heavy rainfall.

The settlements of lower Surkhet have been inundated since Friday morning due to heavy rainfall in Karnali basin area. The rainfall has continued since Thursday night.

Some houses have been waterlogged and harvest-time paddy destroyed due to inundation. Chief of district-based security bodies along with Chief District Officer of Surkhet, Khagendra Prasad Rijal, reached the inundated areas for rescue.

CDO Rijal said no human casualty was reported due to early warning about flood and inundation. Along with the warning of the Department of Hydrology and Meteorology to adopt precautions, local administration and people's representatives were mobilized at the area from the morning with rescue materials to minimize damages caused by flooding and inundation. 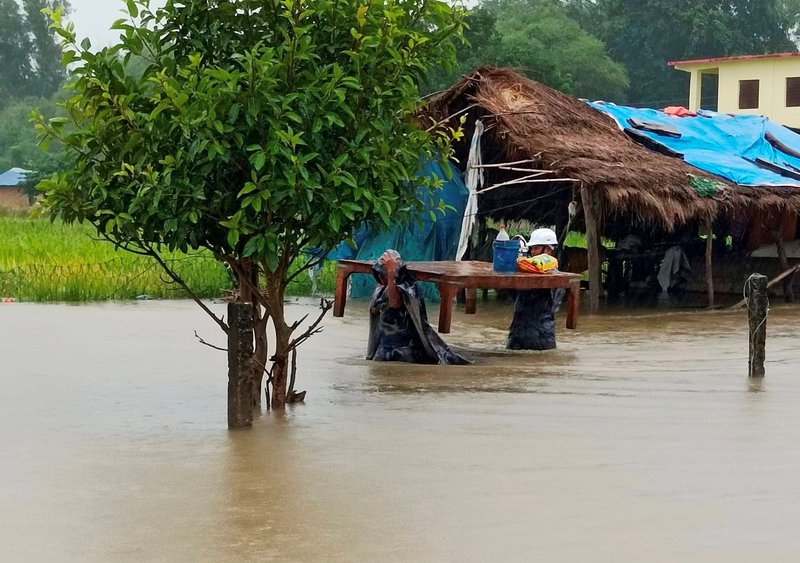 Efforts are underway to clear the obstruction, said police.

Meanwhile, landslide has buried a scooter (Karnali Province 002001 Pa 5304) heading towards Bheri Bridge from Birendranagar at Beureni of Surekhet along the Karnali Highway. The scooter rider Kamal Panta, 29, of Birendranagar-4 and pillion rider Suresh Nepali however escaped the tragedy. They were injured in the incident.

The injured ones are receiving treatment at Surkhet Hospital. (RSS)