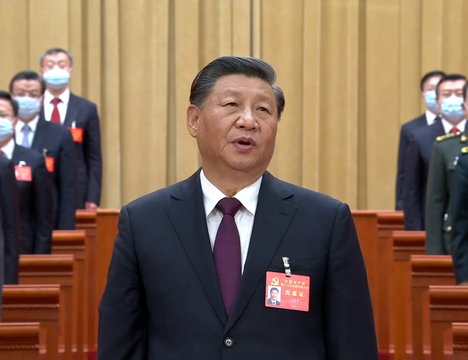 China's Communist Party is set to pick a new team to serve under President Xi Jinping, who is expected to be officially confirmed for an unprecedented third term as a leader.

Some 200 members were selected for the party's Central Committee.

Xi was elected, which means he will stay in power for a historic third term. Under the party's unwritten rule, top officials are supposed to retire at the age of 68. Xi turned 69 this year.

Premier Li Keqiang, who is ranked second in the party's hierarchy, and three others among the seven members of the current supreme leadership, the Politburo Standing Committee, were not on the new committee's list.

Li will stay on as the premier until his successor is chosen at the National People's Congress next year.

Media in Hong Kong have reported that Xi will pick his close aides from among people who worked under him when he was assigned to provincial posts.