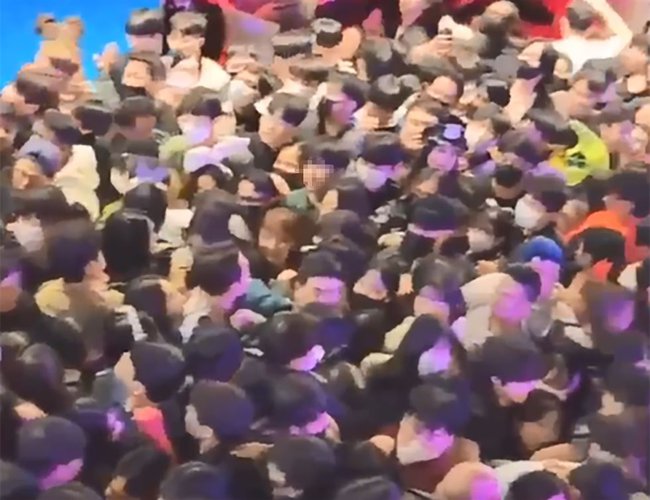 South Korean authorities have counted at least 149 people dead and 76 others injured after a stampede in Seoul's Itaewon district on Saturday night. They say two foreigners are among the dead.

The authorities say the accident occurred on a narrow, sloping alley lined with bars and restaurants. A large number of young people had gone there to celebrate Halloween.

Local media quote witnesses as saying that people started collapsing at the upper part of the alley.

Firefighters say many of the people killed in the accident are in their teens and 20s.

The Itaewon district has become a popular spot in recent years among young people who celebrate Halloween.

As the South Korean government has relaxed coronavirus restrictions, a huge crowd gathered there for the first time in three years. Local media estimate that about 100,000 people converged on the area on Saturday night.