In an update to the exit polls, the Arab party Balad was said to be close to crossing the threshold. If that happens, Netanyahu's bloc will drop to 60 seats, one short of a coalition majority. 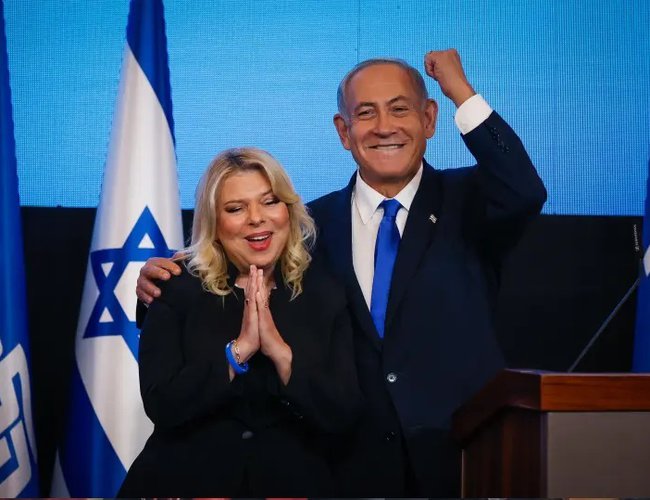 In an update to the exit polls, the Arab party Balad was said to be close to crossing the threshold. If that happens, Netanyahu's bloc will drop to 60 seats, one short of a coalition majority. Likud sent an urgent letter to the police commissioner on Tuesday night demanding that allegations of voter fraud in the Arab sector be immediately investigated.

Likud leader Benjamin Netanyahu delivered his apparent victory speech early Wednesday morning, claiming that the Israeli public has decided and granted him the victory, according to the Israeli election exit polls.

Netanyahu told his supporters that "we have received a vote of confidence from the Israeli public."

He also said that "it was again shown that Likud is the biggest party in Israel".

Netanyahu also made his intentions clear regarding the coalition he plans to form, as he said that he will form a coalition of the "national camp." He also said that he has spoken with his partners and congratulated them on their success.

Netanyahu demanded that the purity of elections will be kept, perhaps hinting toward a possible difference between the exit polls to the election results.

Netanyahu also said that "the Israeli public voted for national pride and a Jewish state."

However, Netanyahu was cautious and made sure to not claim victory, as the full results are not in yet.

MK Galit Distal-Atbarian was more circumspect, pointing out that the results are not yet final, and a rumored surge in votes in the Arab sector could mean a tie or a loss.

“I don’t know if we’re standing on safe ground,” she said. “It doesn’t mean we won yet. We have to wait… to see if we win. I’m holding back my joy. I’ll wait a few hours to express my joy safely.”

The event hall Likud rented for election night, bedecked with Netanyahu banners and blue-and-white balloons, was still relatively quiet after the polls closed, with the party jingle playing only once and MKs slowly trickling in.

An hour earlier, Likud announced that they would not be having a celebratory event, usually a sign of pessimism about the poll results.

Beijing Grapples With 'Zero-COVID' Unrest By Agencies 8 hours, 41 minutes ago