US Midterm Elections As Votes Are Counted

US Midterm Elections As Votes Are Counted 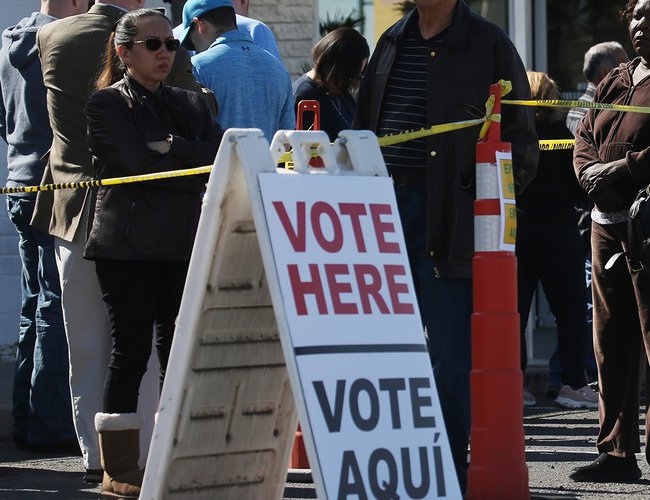 Inflation, abortion rights, control of Congress and the fate of democracy itself are among the issues that Americans say are at stake in the US midterm elections.

President Joe Biden, a Democrat, is not on the ballot, but the midterms could dramatically impact what he can accomplish in his next two years in office. The Democratic Party currently controls the Senate and the House.

The Senate is now evenly split, but the vice president's tie-breaking vote tips the balance toward the Democrats. About a third of the Senate's 100 seats are up for grabs.

In the House of Representatives, Democrats also have a slight edge.

Voters are now deciding whether the Democrats will win enough of the 435 seats to maintain control of the House.

Concerns vary among voters. A Virginia resident says, "Inflation is out of control. We need to get that figured out pretty quickly. People are hurting."

A voter in New York says, "Abortion rights are really big right now. As a woman, I feel like it's really important to protect out health and those who can't help themselves."

A Florida resident says, "Voting is very important. Whether you vote one way or the other, it doesn't matter. But you need to do this."

Many Americans went to the ballot box with one concern: the economy. Republicans blame Biden for record-level inflation as well as a surge in undocumented immigrants and crime.

But abortion is a priority for many Democrats. The US Supreme Court's June overturning of the landmark 1973 Roe v. Wade ruling -- which established a nationwide right to abortion -- has pushed the contentious issue into the spotlight.

Biden says if voters elect more Democratic senators and his party maintains control of the House, he will send a bill to Congress to codify abortion protections into federal law.

Trump's influence is being felt in hundreds of races, including some in which Republican candidates support claims the last presidential election was rigged.

Biden has framed that dynamic as an existential threat to democracy. He has accused Trump of fanning the flames of violence, recalling memories of last year's Capitol riot.

Beijing Grapples With 'Zero-COVID' Unrest By Agencies 8 hours, 24 minutes ago