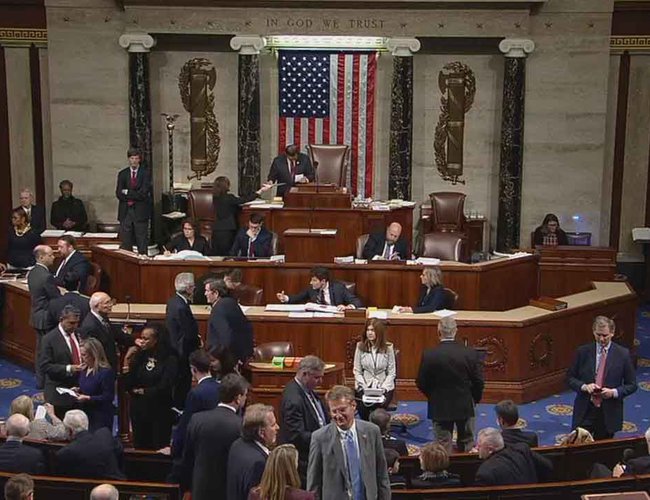 Control of both chambers of US Congress still hangs in the balance a day after the midterm elections as vote counting continues.

Voters cast their ballots on Tuesday to decide 35 of the 100 seats in the Senate and all 435 seats in the House of Representatives.

Republicans have been surprised to see the Democrats hold on to some seats in the Senate and even flip one, in Pennsylvania. ABC News puts the parties even, with 48 seats apiece.

Of the remaining four Senate contests, three remain neck-and-neck. It will be weeks before the results of the tight race in Georgia is known as it's headed for a December 6 runoff.

The Republicans still see a number of paths to power in the House of Representatives. According to ABC News, they have secured 215 seats, just three short of a majority.

Media outlets say the Republicans failed to attract the swell of support they had predicted. They also say it will take time for all election results to be known, citing a number of closely contested races and an increase in mail-in ballots.