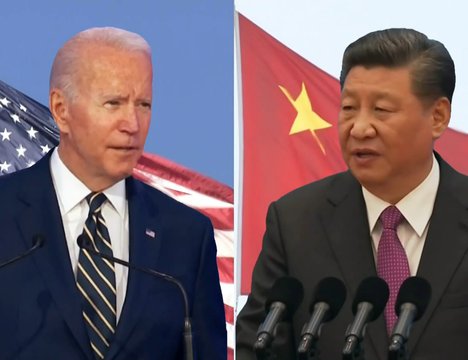 US President Joe Biden and Chinese President Xi Jinping will meet in Indonesia on Monday amid strained bilateral ties over security and economic issues.

The summit will be their first in-person meeting since Biden became president in January 2021. The leaders have talked five times online and over the phone since Biden took office.

The presidents are expected to discuss Taiwan, Ukraine and North Korea, as well as bilateral trade and other economic matters.

US-China ties have deteriorated since Beijing increased military pressure on Taiwan in response to US House Speaker Nancy Pelosi's visit to Taiwan in August.

Biden is expected to use the summit to honestly express US concerns over China's actions and to understand the reasons behind them so that Washington and Beijing will not misinterpret each other's intentions.

On the other hand, Xi is likely to urge Biden to stop US engagement with Taiwan. The Chinese president has shown his strong desire for what he calls reunification with Taiwan.

Analysts are closely watching whether Biden and Xi will be able to build a relationship to prevent serious clashes. They are also monitoring whether the leaders will be able to find common ground on climate change and other issues of mutual interest.