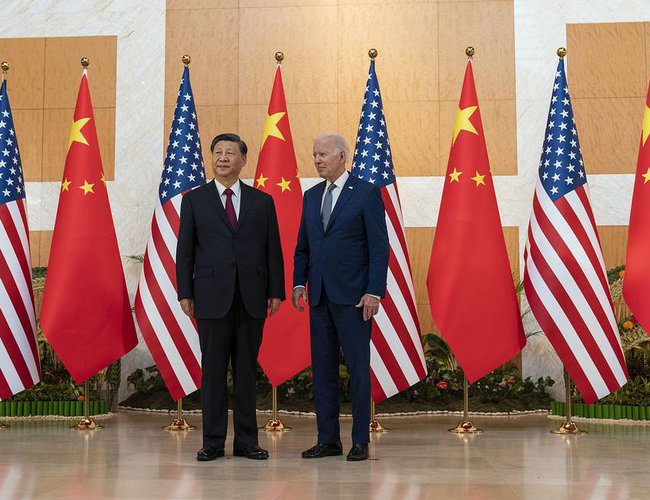 The leaders of the United States and China met face-to-face ahead of the G20 summit in Bali. It was the first in-person encounter between the two since US President Joe Biden took office last year.

Biden held a news conference after the meeting, and said they agreed to have their top officials meet to discuss details of every issue they raised.

Biden said, "We're going to compete vigorously. But I'm not looking for conflict, I'm looking to manage this competition responsibly. And I want to make sure, make sure that every country abides by the international rules of the road. We discussed that."

At the start of their meeting on Monday, Biden said he's committed to keeping lines of communication open between Washington and Beijing.

A statement issued by the White House said the two agreed on a plan for US Secretary of State Antony Blinken to visit China to follow up on their discussion.

Biden said, "As leaders of our two nations, we share a responsibility, in my view, to show that China and the United States can manage our differences."

Xi said, "We, as leaders of the two major economies, must decide the direction. We have to follow the right path."

US-China ties have deteriorated over various issues, such as security and the economy. They became even more strained when US House Speaker Nancy Pelosi visited Taipei in August. Beijing responded with massive military drills around Taiwan.

China's state-run Xinhua news agency quoted Xi as saying "The Taiwan question is at the very core of China's core interests, the bedrock of the political foundation of China-US relations, and the first red line that must not be crossed in China-US relations."

In the White House statement, Biden laid out in detail that the "One China" policy has not changed, and the US opposes any unilateral changes to the status quo by either side.