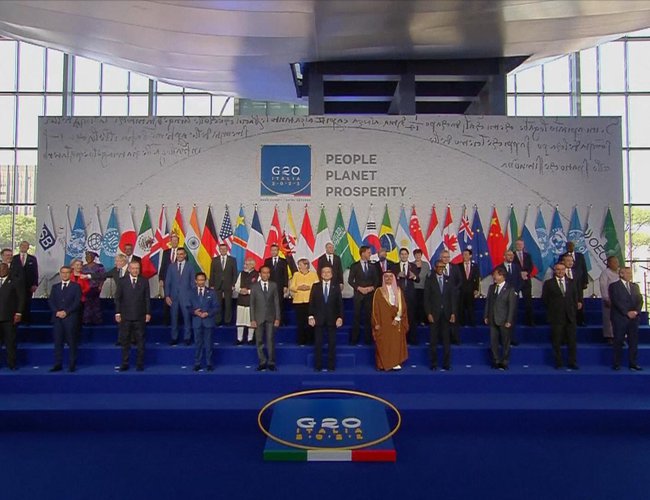 Leaders of the Group of 20 nations set out in Bali, Indonesia on Tuesday to take up some challenges with global scope: the surge in prices of food and energy. But they were divided even before they began by the invasion of Ukraine.

Many leaders pressured their hosts to withdraw an invitation to Russian President Vladimir Putin. The Indonesians resisted but, in the end, Putin decided not to attend. His foreign minister, Sergey Lavrov, went in his place.

Western leaders say the invasion of Ukraine drove up prices worldwide. The Russians blame foreign sanctions on their economy.

Leaders from the European Union, Japan, and South Korea are among those who have restricted trade and frozen the assets of Putin's allies. Those from Indonesia, China, India, Brazil, and Turkey have decided not to introduce any economic penalties.

The Russians refuse to describe their invasion as a "war." So, many leaders have lowered expectations of emerging from their summit with a joint statement.