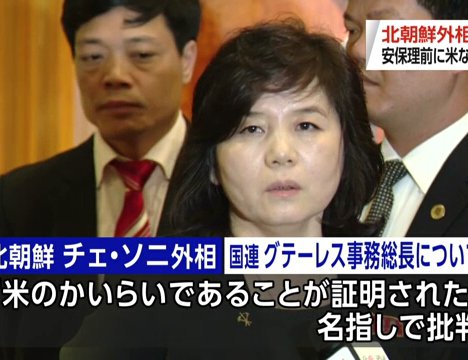 North Korea's top diplomat has warned that Pyongyang "is watching the moves of the US and the UNSC with clear counteraction."

North Korean Foreign Minister Choe Son Hui issued the statement on Sunday ahead of an emergency meeting of the UN Security Council the following day.

The council's members are expected to discuss North Korea's launch of a Hwasong-17 intercontinental ballistic missile on Friday. The new ICBM could reportedly reach anywhere in the United States.

Choe criticized the UN head in her statement, saying Secretary-General Antonio Guterres "connived at the fact that the US and its vassal forces were referring the DPRK's exercise of its inviolable sovereignty to the UN Security Council to put pressure on it."

She added, "This clearly proves that he is a puppet of the US.