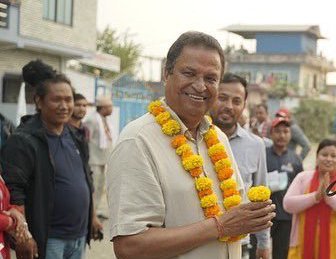 Renowned Industrialist and businessman, Chaudhary became a Member of Parliament in the first Constituent Assembly Election in 2064 BS and the parliamentary election of 2074 BS from the proportional representation quota. He was picked as MP in 2064 BS by CPN-UML) and by the Nepali Congress in 2074 BS elections.

Mahendra Sen Thakuri of Rastriya Swatantra Party garnered 12,599 votes and Gulab Prasad Chaudhary of Janamat Party got 5,944. There are 118,250 registered voters in this electoral constituency and out of them, 84,335 voters voted in this constituency in the HoR and Province Assembly Member elections held on November 20.