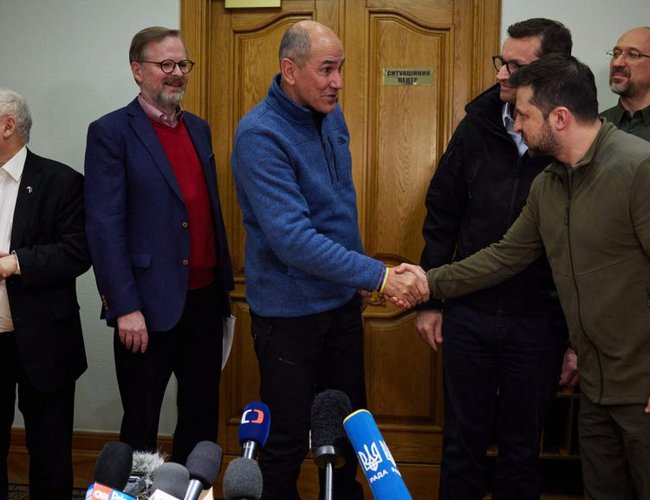 European leaders have visited Kyiv in a show of solidarity, as Ukraine faces a harsh winter. The country's infrastructure has been extensively damaged by Russia's continued attacks.

The prime ministers of Belgium, Poland and Lithuania arrived in the Ukrainian capital on Saturday.

He said now is an important time to pledge Belgium's continued support for the people of Ukraine as they face the most difficult situation.

Ukraine's state-run news agency quoted a Ukrainian military source as saying that a document distributed among Russian military personnel stated that Russia needs to mobilize 5 million troops in order to win the war.