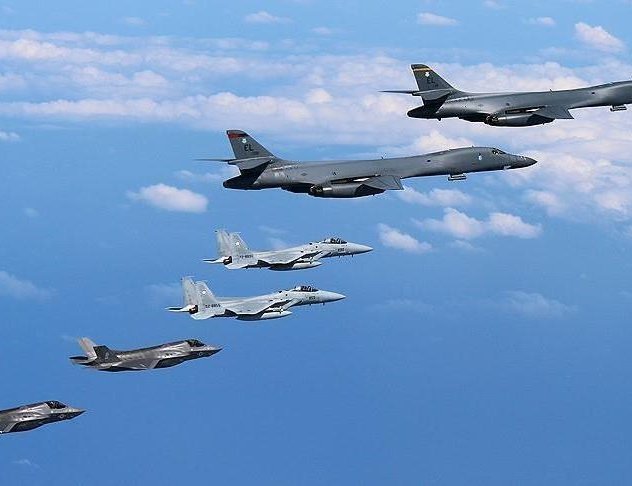 The drills took place in South Korea's air defense identification zone, southwest of its island of Jeju, on Tuesday.

The US F-22 stealth fighters joined the drills from Kadena Air Base in Okinawa, southwestern Japan.

The B-52 bomber can carry nuclear weapons.

The South Korean defense ministry said the drills were aimed at enhancing interoperability between the allied forces and practicing procedures for their fighter jets to escort and protect the strategic bomber.

The ministry also said the drills were part of efforts to reinforce the credibility of the US "extended deterrence," in which the US military protects its allies with its nuclear and other weapons.

The ministry stressed that the two countries will continue to strengthen their defense capabilities against North Korea's nuclear and missile threats.

Ukrainian Soldiers Arrive In Britain For Tank Training By Agencies 16 hours, 4 minutes ago