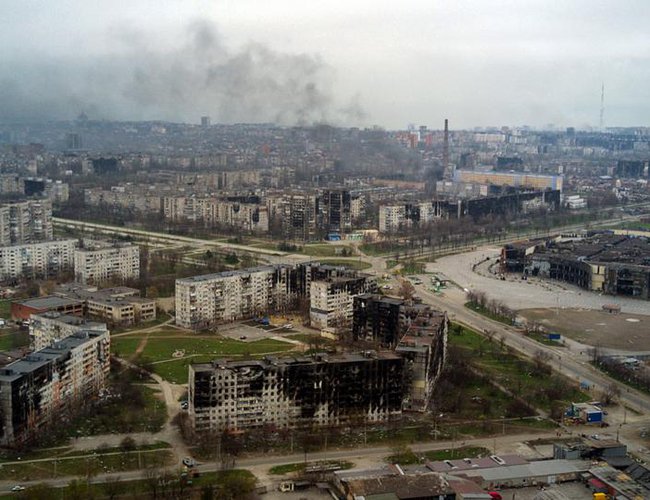 The International Atomic Energy Agency and Russia's state-run nuclear firm Rosatom have discussed ways to ensure the safety of a Russia-controlled nuclear power plant in Ukraine.

Grossi said on Twitter that the talks were "necessary" and that he would continue his efforts to set up a security zone around the Zaporizhzhia plant in southern Ukraine.

Rosatom issued a statement saying the talks will continue.

The Chief of the General Staff of Russian Armed Forces, Valery Gerasimov, reiterated his country's intention to maintain control of the plant.

He said that the plant's safety can only be ensured with the activities of the Russian military.

The Zaporizhzhia plant is one of the largest nuclear power stations in Europe. Russia seized control of it in the early stages of the invasion of Ukraine.

Workers have had to restore external power to the plant every time shelling cut the supply needed to cool reactors.

Zelenskyy Meets With EU Leaders By Agencies 1 hour, 20 minutes ago