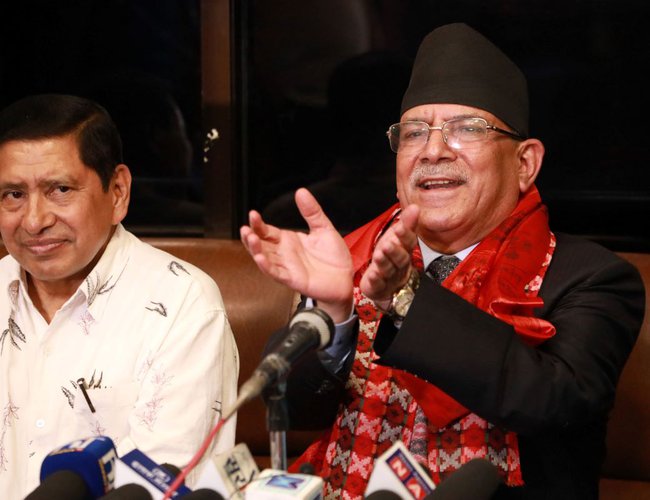 A total of 169 lawmakers from various political parties supported Chairman of the CPN (Maoist Centre) Pushpa Kamal Dahal 'Prachanda' in a prime ministerial bid this evening. With the signatures of the 169 lawmakers, Chairman Dahal reached the President office and claimed the post of prime minister.

Chairman Dahal made the claim before President Bidya Devi Bhandari before the expiry of time given for making the claim on Sunday itself. Also the parliamentary party leader of the Maoist Centre, Dahal made claim as per Article 76 (2) of the Constitution of Nepal.