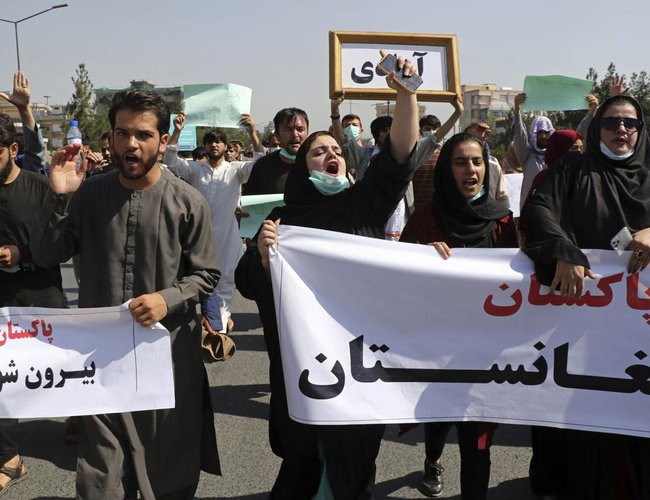 The Taliban, which seized power in Afghanistan last year, have ordered both domestic and international non-governmental organizations active in the country to suspend female employees from coming to work until further notice.

The Islamist group announced on Saturday that failure to comply would result in the cancelation of permissions NGOs need to carry out their activities in the country.

The Taliban claimed that some female workers improperly wore "hijab" scarves, which Muslim women use to cover their hair in public places, as a reason for the ban.

The UN Office for the Coordination of Humanitarian Affairs, or OCHA, criticized the move, saying "Any such order would violate the most fundamental rights of women, as well as be a clear breach of humanitarian principles."

The Taliban on Tuesday announced a ban on women in Afghanistan attending universities. That announcement sparked protests and triggered a global backlash

Ukrainian Soldiers Arrive In Britain For Tank Training By Agencies 16 hours, 50 minutes ago