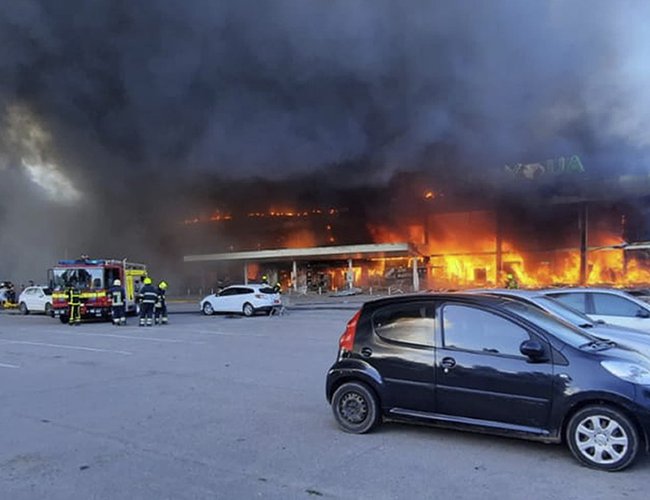 Battles for control of the Russian stronghold of Luhansk in Ukraine's eastern region appear to be intensifying as Ukrainian forces try to take it back.

Ukrainian forces are continuing counteroffensives to seize territories Russia is occupying. In the Luhansk region, Ukrainian troops appear to be stepping up their offensive to recapture Kreminna.

Britain's defense ministry said on Wednesday that Russian forces have likely reinforced their deployment around Kreminna. The ministry also said "the area is logistically important" for Russia.

But Russia's presidential spokesperson Dmitry Peskov slammed the proposal. He said on Wednesday, "There can be no peace plan for Ukraine that does not take into account today's realities regarding Russian territory, with the entry of four regions into Russia."

There is little prospect of peace. Russian President Vladimir Putin's administration insists Zelenskyy must accept Russia's unilateral annexation of four regions of Ukraine as a condition to start peace talks.

Ukraine welcomes US Offer Of Long-Range Rockets By Agencies 11 hours, 50 minutes ago

US Shoots Down China's Balloon, Says Defense Department By Agencies 12 hours, 5 minutes ago