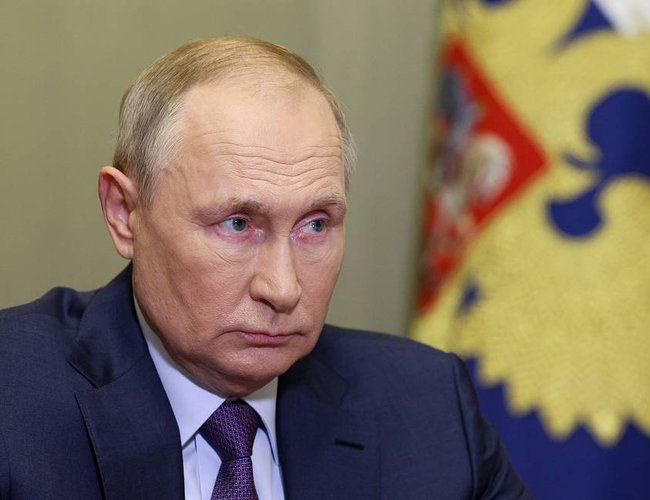 Russian President Vladimir Putin has called on the people of his country for their support and cooperation in the New Year's address saying that the country is fighting for its future and will only move forward and win.

The address was recorded at the headquarters of the southern military district in the region of Rostov which is close to Ukraine. It was broadcast on state television on Saturday.

Putin said the year 2022 was "a year of difficult, necessary decisions, major steps towards gaining the full sovereignty of Russia and the powerful consolidation of our society."

He justified the military invasion to Ukraine adding that defending Russia is "a sacred duty to ancestors and descendants."

Putin accused the West by saying that "they are cynically using Ukraine and its people to weaken and split Russia." He reiterated that the four Ukrainian regions that Russia unilaterally annexed are part of Russia.

He stressed that the Russian military is fighting for the native land and for truth and justice.

Ukraine welcomes US Offer Of Long-Range Rockets By Agencies 11 hours, 41 minutes ago

US Shoots Down China's Balloon, Says Defense Department By Agencies 11 hours, 56 minutes ago