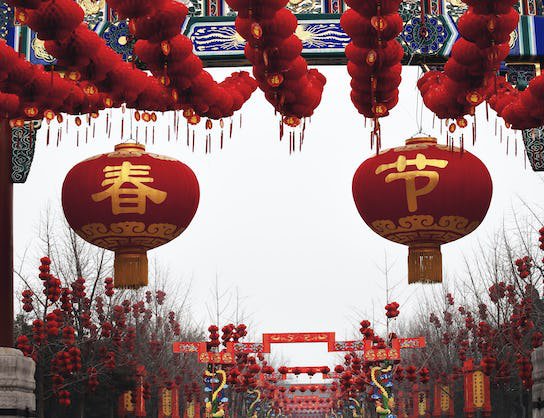 The week-long Lunar New Year holiday has gotten underway in China with millions of travelers heading to their hometowns or sightseeing destinations.

The exodus began with the start of the Spring Festival holiday on Saturday, ahead of New Year's Day, which falls on Sunday this year.

This year's holiday comes after the Chinese government ended its zero-COVID policy earlier this month.

Now that strict antivirus restrictions have been lifted across the country, nearly 2.1 billion passenger trips are expected during the 40-day period before and after the Lunar New Year holiday. That's double the number compared to last year.

On Saturday, an airport in Shanghai was crowded with people departing for other cities or countries.

A 35-year-old man said he was going to a southern resort town with his family and friends. He said that he had not been to another city in nearly two years, and that he was looking forward to seeing the ocean and bathing with his children.

A 45-year-old Japanese man, stationed in Shanghai and living with his wife and 5-year-old daughter, was also among departing passengers. He said that it's the first trip for his family since the lockdown and quarantine measures were lifted. He said he wants to relax with his family, although he is a little concerned about possible infection.

The number of Chinese visitors to Japan is unlikely to increase significantly during the holiday as the Chinese government has imposed restrictions on sightseeing trips to Japan.