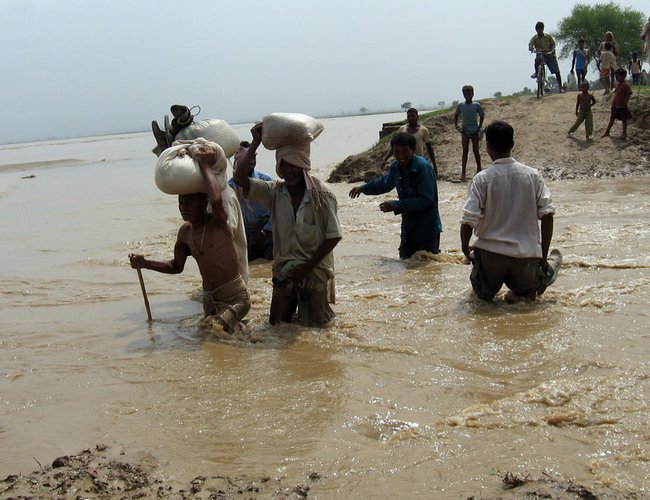 The Terai political agitation  mainly centered  around few  local political parties' demand  to isolate   the Terai from the northern hills in  drawing the provincial boundary lines   might have easily come to an end if it would have been clearly explained  to them that such an act would be extremely disastrous to the economy of  almost the whole of  Terai  due to the fact that the Terai economy  is entirely based on agriculture, which is going to  be almost completely dependant  on water supply from the mid hills.

Needless to say that  apart from serious  environmental degradation and loss of valuable agricultural  lands the diversion of  water into Terai  for irrigation would result to significant reduction in  hydropower potential of   the hill region. It  can easily be construed  that the mountain province would never  willingly agree to allow water diversion into Terai  sacrificing  the vital   interest of the local hill people if it is detached from the Terai. Thus the Terai would be completely cut off from its water supply source, which is lifeline for the sustainability of its economy,  if  this region  is detached  from the mountain  areas  in fixing the provincial boundary.

Furthermore, a vast area of Eastern Terai is certain to be completely  razed to the ground accompanied with enormous loss of life and property if mammoth  storage dams are not  built to control anticipated very big Kosi  floods  even though  according to the World Commission on Dam study  the storage reservoirs would  be extremely  harmful  to the economy of the hill  regions .

Why Terai Desperate for Water?

Most  of the people in our country  appear to be   in complete ignorance of the terrible consequences for the Terai if it is detached from the hill regions in drawing the provincial boundary lines.

(1) There was a rampant deforestation in the past across the entire  Terai region and its adjoining Churia area.  This has led to gradual drying up of the local rivulets and streams that were traditionally the source of local irrigation.  Contrary to it, area under cultivation has greatly increased due to deforestation, which has led to increase in demand for  water needed to irrigate new lands.

(2) There is a rapid growth of  population in   the upper catchment areas of  small and medium sized rivers also directly flowing  into Terai from the hill areas. The flow of these rivers is being increasingly used in the hill region itself during the  dry season  with the result that the dry season flow of such rivers in Terai is constantly decreasing.

(3) Substantial withdrawal of ground water in future for irrigation in Bihar and UP that have   deeper aquifer bottom  would have adverse impact on ground water potential of our Terai. An example of such case is the Mississippi v. Memphis Ground Water Dispute in the USA.  Mississippi state had blamed Tennessee for unlawfully withdrawing its ground water by forming deep cone of depression.

Complete  Dependence of Terai on Water Supply from Remote Hills

Detailed studies of several large irrigation  projects have already been conducted to recommend ways to fulfill  the demand for  water supply to irrigate on a large scale Terai lands by diverting  water from   rivers  located far away in the mountain region. They are as follows:

The  following  is  the  excerpt from  the  World Commission on Dams  Report  published in  2000,  which clearly  helps us to come to the conclusion that contrary to assurance of our policy makers  and planners  the inhabitants of the mountain region would  be greatly impoverished  after the implementation  of large  water resources  projects.

Dams take a set of resources – a  river and the lands along the banks , generating  food  and livelihood  for local people, transform them into another  set of  resources – a reservoir, hydropower and irrigation, providing benefits to people living elsewhere. There is a sense, therefore,  in which large dams  export rivers and lands, removing them from the productive domain of one community to make  them available to another.

Devastation of Sunsari and Morang Districts

Kosi river channel  bed is  already  well above the surrounding  grounds  due to continued siltation. The embankments have already outlived their useful life.  We have  witnessed enormous loss of life and property in 2008 breach of Kosi embankment  when the flood discharge was only about 1 ½  lack cusecs, where-as  extremely high flood discharge of almost nine lacks cusecs have already been measured twice within  a short  interval of 10 years  some years  ago  when river bed siltation had just started. After that the flood discharge was mostly below 5 lacks cusecs

Well known experts on Kosi, like Sir Claude Inglis, Shillingfeld and many others, have predicted  that the eastern embankment would be breached right away near Chatra.  The Kosi  would completely change its present  course  and  would follow its  original  path  about  70 miles  to the east of the present course accompanied with enormous  loss of  life and property .

Separation  of  Terai  from  northern hill  region  in  fixation of   provincial  boundaries  would  be  tantamount  to  suicide for  the people of  Terai.  Unfortunately our economic planners, policy makers,  intelligentsia  and  media  have never tried to explain about  it  to  general  public and in particular  to Terai people.

US Under Secretary Nuland Pays A Courtesy Call On PM Prachanda By NEW SPOTLIGHT ONLINE 12 hours, 53 minutes ago