Irrespective of the reason behind the arrest of Nepal Army Colonel Kumar Lama in the UK, the incident will affect the Nepal Army’s international peace keeping missions 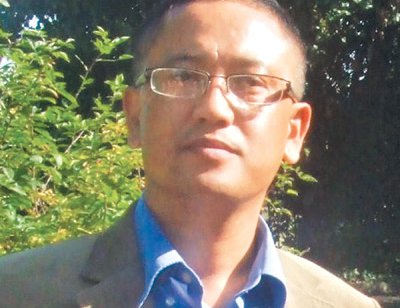 For the first time, Nepal Army has faced a serious case to deal with as one of its high ranking colonels, who was on his way back home from the UN peacekeeping mission, was arrested in London. Colonel Kumar Lama, a military observer in the UN Mission in South Sudan (UNMISS), was arrested by the Scotland Yard at  St. Leonard’s-on-sea near Hastings over torture he was alleged to have committed during the decade long conflict.

“The further action against colonel Lama will depend on how the government of Nepal makes efforts to convince the British Right Court that Nepal is in the process to deal with rights violation issues by forming credible institutions,” said professor Surya Subedi, an international law professor at Leeds University.

Lama is not a lone figure accused by rights groups in violating human rights during the 12 years long deadly Maoist conflict. Along with security personnel, hundreds of political leaders, including Maoist top brass, have been facing similar accusations.

The premature reaction shown by Nepal’s foreign minister Narayan Kazi Shrestha has further complicated the matter. Instead of following the quiet diplomacy, showing the government’s own commitment towards universal human rights and showing its willingness to establish Truth and Reconciliation Commission and Disappearance Commission, deputy prime minister Shrestha used provocative statements against United Kingdom, serving the interests of those who want to contain Nepal Army roles in the international arena.  Participating in the international peace keeping missions, the Nepal Army has transformed its image into a professional army having extensive international contacts.

Some suspect that the arrest of serving Nepal Army officer over suspicion of being involved in torture is just a beginning of massive game plan of various forces to discredit the army. Some senior officials within the UN system still believe the role of Nepal Army for UNMIN’s humiliating exit from Nepal. Officials of the United Nations High Commission for Human Rights too have similar grudges against the Nepal Army’s role for their exit.  Along with this, Nepal Army’s growing exposure to international arena through UN is also seen as a security threat by most powerful regional power.

In his article published in Nepal in Transition from People’s War to fragile Peace, former head of United Mission in Nepal Ian Martin directly hinted his displeasure over the role played by Nepal Army and India against the presence of UN in Nepal. His expression spoke volumes.

In this broader and complicated game, what Nepal does not have is a political leadership with diplomatic caliber to make a deal. Surrounded by hostile forces near and far with weak government at home, Nepal Army has to fight back on its own. “The arrest of Col. Lama is an attempt to conspire against army,” said Nepali Congress leader and former foreign minister Sujata Koirala.

UN official Kieran Dwyer has already indicated the possibility of reduction of Nepalese presence in UN.  Nepal is currently the seventh largest troop contributing country to the UN with 4,492 of its army and police personnel serving in 11 UN missions around the world.

“This arrest may prove to be a welcome step towards accountability, but it also really highlights the Nepal government’s failure to provide justice for the thousands of victims of torture, enforced disappearance, unlawful killings and other human rights abuses in the country,” said Polly Truscott, Deputy Asia-Pacific Director.

The UN and the international community allowed the premature departure of UNMIN and OHCHR, before they completed their missions as stated in the comprehensive peace agreement. Do they have the moral authority now to blame the government for not enacting the Truth and Reconciliation Commission ? The country which has historical relations with Nepal denied visa to the chief of the police on the one hand and allowed entry to colonel Lama to arrest him on the ground of their laws based on human rights instruments. More surprising is that the human rights community is endorsing Lama’s arrest without questioning the dual standards played by western communities," said a lawyer.

Although human rights as universal principle should be respected by all including Nepal. Nepal Army has human rights abuse problems, but the way human rights groups are harping on anti-army stand serves no one’s interests.

Whatever be the reason behind the arrest and whoever may have played the role to block the functioning of transitional justice system, Lama’s arrest is a victory for those who dislike Nepal Army’s growing international connection and exposure.

EP DELEGATION Visit For Cause By A Correspondent 10 hours, 11 minutes ago