Despite all difficulties, the executive director of DEPROSC-Nepal remains committed to transform the rural population through micro-finance 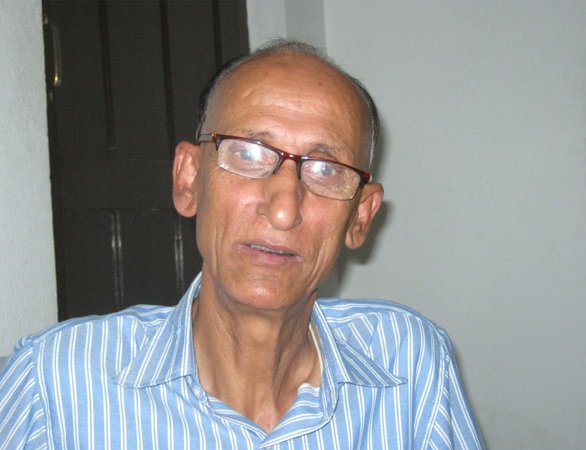 In the two decades, Acharya went from place to place and region to region, particularly in the hills and mountains of far-west and mid-west regions. He also started micro-finance as part of his program to lend money to the poor people.

He was sad when trade unions held his office for 120 days. Despite this pathetic situation, Acharya has never been tired as he continues to work in the interest of the poor through the micro-finance sector.  Nepali people, who don't tire while lauding the models of micro-credit promoters from other parts of the world, however, are yet to recognize a person like Acharya, who has proved that micro-finance can bring change in the livelihood of the poor.

With over 50,000 members, his microfinance schemes have made a lot of change as thousands of people were able to come out of absolute poverty with that support in the period. Since the last three years, his speed to reach more poor people in rural areas has been obstructed following regular interventions from the trade unions.

DEPROSC-Nepal's micro-credit institutions were shut down for 120 days by trade unions affiliated to various political parties. This is one of the worse situations he has ever felt in his life. Despite difficulties and challenges, Acharya's objective to serve the interest of rural poor is yet to die.

"I will continue to work for the poor and vulnerable people. Whatever the cost I have to bear, I want to contribute something to change the life of the poor people," said Acharya.

EP DELEGATION Visit For Cause By A Correspondent 9 hours, 39 minutes ago