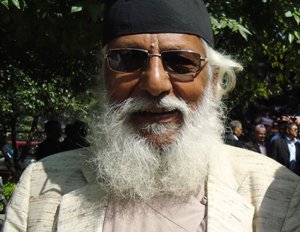 At a time when all political parties are gearing for elections, a division bench of acting chief justice Damodar Prasad Upadhyaya sent a petition to form a nine-member full bench to look at the constitutionality of the formation of the present government and the order issued by the president.

Soon after the formation, a group of constitutional lawyers questioned the constitutionality of the bench saying that seven judges included in the bench had clashes of interest. According to a constitutional lawyer and former attorney general, acting chief justice Damodar Prasad Upadhyaya and senior judge Ram Kumar Shah are both members of judicial council and judicial council is a party in the petition. Similarly, temporary judges Prakash Wasti, Vaidya Nath Upadhyaya, Dr. Bharat Bahadur Karki, Gyandendra Bahadur and Tarka Raj Bhatta are beneficiaries of the order. Five temporary judges were appointed following the removal of parliament hearing from the constitution.

According to the Interim Constitution, there is a provision of hearing for the appointment of persons in constitutional bodies. However, it was removed following the order, which the petitioners are demanding as unconstitutional.

Nepal Bar Association and lawyers involved in the petition discussed this constitutional matter on June 23. There are only three Judges Kalyan Shrestha, Sushila Karki and Girish Chandra Lal Das who can hear the petition. This new controversy will delay the hearing of the petitions which demanded the formation of the government was itself unconstitutional.

IGP GYAWALY Simple Mantra By A Correspondent 2 days, 13 hours ago