At a time when the practice of getting girls married at early age is still there, the Girl Summit, to be inaugurated by Prince Harry, is likely to give the much-needed global attention to the issue 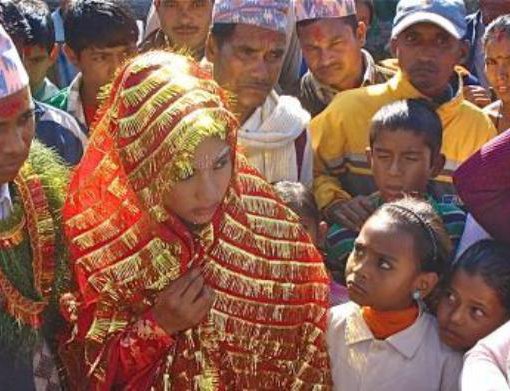 Although several steps have been taken, the number of women married at early age continues to rise in Nepal. According to a report, among Nepali women aged 25- 49, more than half were married before the age of 18; that 1 in 4 Nepali women have given birth before reaching 18 years; while suicide is the leading cause of death among married women of reproductive age

British Prince Harry, who is visiting Nepal, will open the Nepal Girl Summit together with President Bidhya Devi Bhandari.

Organized by Nepal's Ministry of Children, Women and Social Welfare – with support from UNICEF and DFID, the summit aims to support the promotion of gender equality in Nepal; in particular, by encouraging moves to end child marriage. The Prince will meet organizers and participants, including young people, before officially declaring the summit open on March 23.

The Girl Summit is a follow-up to the first Girl Summit co-hosted by the UK government and UNICEF in London in 2014. The event will mobilize policy makers, activists and citizens to commit to ending child and forced marriage within a generation.

“This visit will help deepen Prince Harry's personal understanding of one of the most complex social challenges facing the country. As someone who has always championed opportunities for young people to be able to reach their full potential in the face of incredibly challenging circumstances, Prince Harry will look forward to supporting the summit's goals,” said press release issued by British Embassy.

Since the Girl Summit in London, similar national events aimed at mobilizing international efforts to end child, early and forced marriages have been organized in Bangladesh, Uganda and Ethiopia. Nepal will now host its very own Girl Summit, reaffirming the Government of Nepal's commitment to ensure a future free from child marriage by 2030.

According to a press release issued by UNICEF, around the world there are more than 700 million women alive today who were married as children and  more than 1 in 3 – or some 250 million – were married before 15. Girls who marry before they turn 18 are less likely to remain in school and more likely to experience domestic violence.

In the run up to Nepal’s Girl Summit, multiple district consultations are being held. The district consultations are a forum for young people and community leaders to discuss their views on child marriage and the challenges girl children face. This will be followed by intergenerational dialogue between representatives of adolescents and key district adult stakeholders. The consultations will be held in 15 districts - Morang, Saptari, Udayapur, Makwanpur, Rautahat, Kapilvastu, Rupandehi, Nawalparasi, Kalikot, Banke, Dailekh, Surkhet, Bajhang, Baitadi and Doti - each with a high prevalence of child marriage.

Selected adolescents from each district will participate in a three-day pre-Girl Summit workshop in Kathmandu, where they will compile the views discussed in each district event and develop statements for the national event. They will present the statements during the Nepal Girl Summit.

The district consultations, pre-event workshop and the Girl Summit will bring together young people, community members, activists, traditional and faith leaders, government and international leaders, experts and champions committed to the gender equality, rights and empowerment of women and girls.

Creating opportunities for girls with skills, education, access to economic assets and decision-making power, will empower them to make greater contributions to their families and communities. Raising the status of girls is beneficial for generations and the Government of Nepal is committed to unlock the full potential of girls by giving them equal opportunities of growth and development and by investing in changing harmful social norms.

UNICEF REPORT: Children Suffering By A Correspondent 1 day, 15 hours ago