Growing up in a semi-political family, Bhawani Rana learnt to lead the industrial sector and became the president of FNCCI 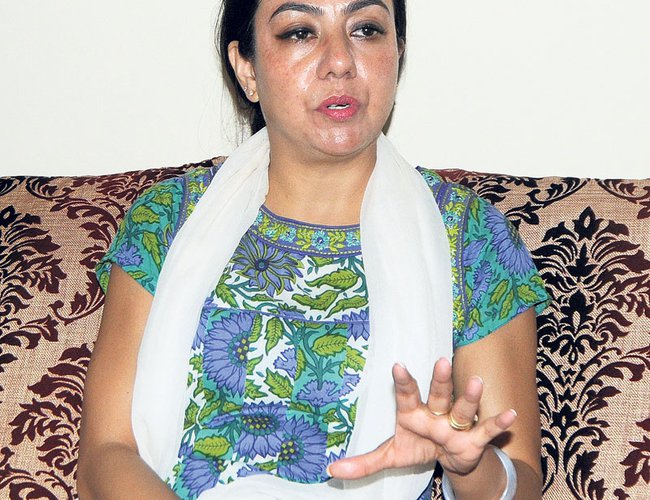 Although she was born in Kathmandu in a non-business Mishra family, in which her parents might never have imagined their junior daughter, Bhawani Rana, would make a business leader. Her marriage into a Rana Family from Nepalgunj changed her course.

The appointment of her father Manmohan Mishra as a zonal commissioner changed not only her life but her fate as well. Mishra had served as the commissioner of Bheri from 1980-1981. Born in 1970, Rana completed her school from St. Mary's in Kathmandu and married with Ashit Sumsher Rana, whom she had met in Nepalgunj.

Before joining FNCCI and opening a hotel in Nepalgunj, she also invested in the garment industry and worked in U.S. Embassy. She joined FNCCI in 2007 as a member and continued to work her way up in the leadership ladder.

“This is the result of my dedication and commitment. Support of my family, colleagues and seniors from FNCCI was also important for me to get elected as the first woman to lead Nepal’s largest organization of industrialists and businessmen," Rana said after her elevation to the post.

Taking the charge of office of the FNCCI as the president, Rana expressed the commitment to lead the FNCCI while giving due respect to all in it. “We will set up a technical and vocational institute in all seven provinces to provide skill trainings to youths and check the exodus of youths to overseas job destinations,” said Rana. “Thousands of our youths have been flying abroad for employment. We should utilize this manpower in the country,” she said.

She also said that the FNCCI would take needful initiatives for addressing problems that the private sector has been facing in cross-border trade with India. Prioritizing domestic products, lobbying with the political parties to table a motion in the parliament for uniting political parties on economic issues, and promoting the interest of private sector are the other plans that the new FNCCI president shared after assuming office.

Chairperson of Sneha Group of Hotel, Rana stressed the need to have unity among all the members of FNCCI. After the sixth amendment of the statute of the FNCCI, Rana is assuming the post to lead the FNCCI. As per the amendment, the senior vice-president of the FNCCI will be automatically elected as the president of the organization.

In 2003, Rana started her involvement from the Federation of Women Entrepreneurs Association of Nepal (FWEAN).

Rana joined FNCCI as executive female member in 2006 and since then has served the federation under different capacities — as the chairperson of Agro Enterprise Center, vice-president and senior vice-president over the next decade.

With two-decade-long experience in industrial sector of the country under her belt, Rana is currently involved in hospitality, banking and agriculture sectors, among others. She is the director of Nepalgunj based- Sneha Hotel and chairperson of Sneha Group.

The election for the new executive committee elected Shekhar Golchha to the post of senior vice-president. Golchha will succeed Rana as the president of FNCCI after three years. Golchha is the director of Golchha Organization, which is involved in manufacturing, trading, and services, among others.

NIBL Wins "The Banker" "Bank Of The Year 2022" Award By NEW SPOTLIGHT ONLINE 3 hours, 29 minutes ago