Public anger against corruption is making itself seen and heard. 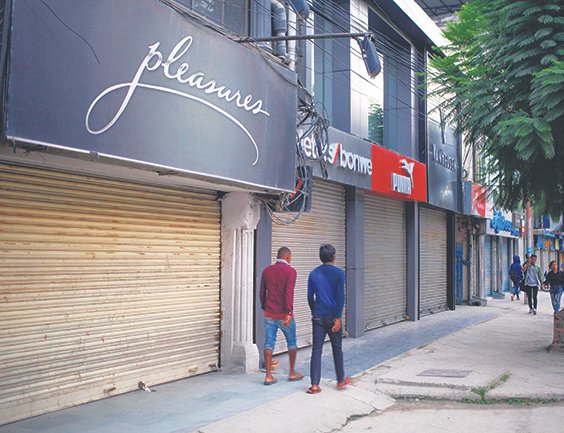 Last week, an enthusiastic minister from the CPN-Maoist Centre led a team of officials from the Ministry of Civil Supplies and sealed the showrooms of four branded companies on Durbar Marg in Kathmandu. He accused them of selling the goods at exorbitantly high prices. The minister’s team, curiously, instructed the proprietors to “come to the Civil Supplies Ministry with relevant documents”. Within 48 hours, the traders revolted against the “raids” with a protest shutdown. Ministers engaging in such “populist” acts are not a new thing in Nepal, but public fury against corruption by the political class is now taking an organized form as parties and successive governments are seen as promoters and beneficiaries.

Nepal, arguably, has a very powerful anti-corruption body, the Commission of Inquiry into Abuse of Authority (CIAA), but its autonomy was cramped by the eight political parties that came to power in April 2006. The G.P. Koirala ministry, which took office after the tumultuous political changes that swept the country, decided that no decision was taken by the cabinet, irrespective of whether it is arbitrary, illegal or facilitating corruption, could be investigated by the CIAA. Thus, the CIAA’s task was reduced to investigating and framing cases against petty government officials. Moreover, as it has happened with all the constitutional bodies, the CIAA chief, and other commissioners, are now appointed by the big political parties on a party-quota basis, compromising the fairness and impartiality expected of the institution.

But the open corruption, the prolonged transition to a democratic republic, the prevailing uncertainty and the absence of accountability in governance seem to be testing the patience of the people. On Wednesday, Nepal’s major media houses declared that they would be adopting a zero tolerance policy towards corruption henceforth. The Nepal Media Society, a formal body of six big electronic and print media groups, accused political parties of failing to speak out and act against organized and open corruption in the country.

While the ministers as members of the cabinet enjoy total immunity from being investigated for corruption charges, the judiciary, especially the apex court, is guilty of disposing of many cases in a questionable manner in the recent past. The appointment of Khilraj Regmi, the sitting chief justice of the Supreme Court, as prime minister of a four-party coalition government in early 2012, brought the judiciary and the political parties together in sharing the benefits of office. Proximity to political parties and the Supreme Court and the recruitment of judges on “political quota” has since become a regular practice. How fair can the Supreme Court be in judging corruption cases, especially those involving the people in power and politics? The current mass fury against corruption is the cumulative outcome of over politicisation of all the instruments of the state including the judiciary, and their perceived image among the public of being “biased” and “unfair”.

The media and civil society are no less controversial. Both have maintained dual standards on issues of corruption and human rights violation by the state, especially in the post-2006 phase when they turned activists for political change. Their partnership with international donors on internal political issues, the reluctance to criticise political parties when the latter bypass due process and the silent endorsement of the decision to appoint the CJ as prime minister have cost them their credibility. The decision to hold political parties accountable for acts of corruption 11 years after the slide started is seen more as a response to a public outcry, which targeted the media as well, and not as an act of collective self-introspection.The fact is political parties, those in the government and the opposition, are perceived by the public as a part of the oligarchy that wants to pursue its self-interest instead of promoting constitutional norms and a culture of accountability. However, the belated public display of outrage by the media may influence the international opinion to rethink the blind support to key political actors and their radical agenda.

India Open To Engaging With Nepal In An Environment Of Trust And Confidence: MEA Spokesperson By NEW SPOTLIGHT ONLINE 21 hours, 52 minutes ago