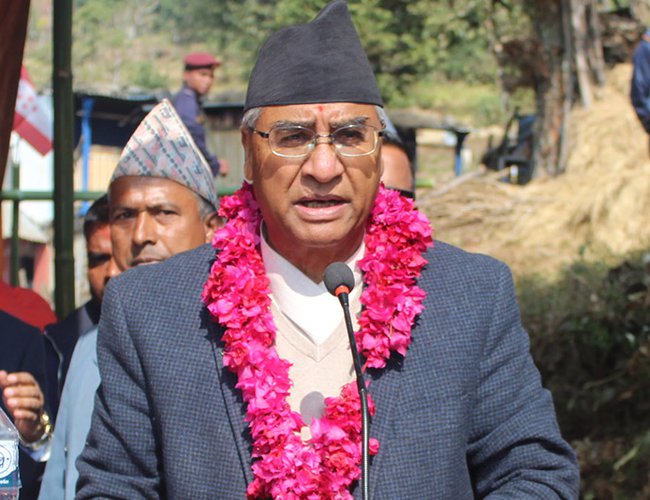 Former Prime Minister and Nepali Congress President Sher Bahadur Deuba has been elected the parliamentary party leader of the NC.

Deuba garnered 44 votes to win the election to the post against party central member Prakash Man Singh who received a total of 19 votes.

According to a media report, Deuba will now lead 63 Members of Parliament representing the Nepali Congress.

Nepali Congress (NC) will vote to elect its parliamentary party leader today, following failure to name a leader for the post unanimously.

The voting process began at 10:00 am at NC Parliament Party Office, Singha Durbar and will conclude at 1:00 pm. Vote count will begin right after the voting, said a NC leader.

Deuba is from the establishment side, while the former NC General Secretary Singh is representing senior leader Ram Chandra Poudel camp.

Of the total 275 parliament members, 63 members represent the NC (23 elected under the first-past-the-post system and the remaining 40 under the proportional representation).

Japan To Celebrate May 26 As “Hirotaka Takeuchi 14 of 8000m Mountains Summit Day By NEW SPOTLIGHT ONLINE 12 hours, 50 minutes ago