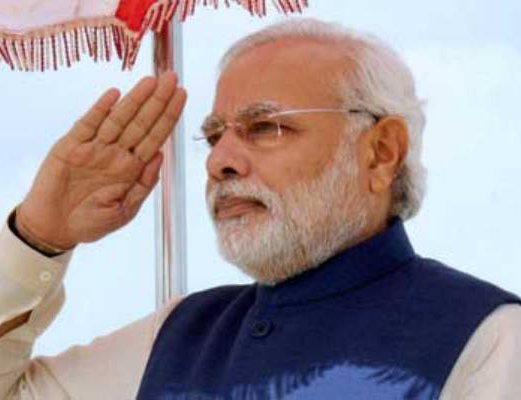 PM Narendra Modi is planning to visit Delhi's closest neighbours Bhutan and Bangladesh during the coming months aiming to show his government's support to both Thimpu and Dhaka as both prepare for general elections this year.

But it will not be just Bhutan and Bangladesh that the PM will seek to engage in the coming months. Delhi might soon host Nepalese PM K P Oli on his first visit abroad in his current stint at the head of government following warming of ties between the two sides since the elections. Modi himself might visit Kathmandu this year for the fourth round of BIMSTEC Summit

According to a news report published in The Economic Times, while India-backed new power project is being planned in Bhutan, Dhaka awaits Teesta river water sharing pact with Delhi to boost ruling Awami League’s popularity in an election year. The visits are being planned in the first half of the year amid China's push to make inroads in the Himalyan State of Bhutan and attempts to implement BRI projects in Bangladesh. The dates of PM’s visit are not yet firmed up but being finalized, persons familiar with the process.

The signals for major push by China in Bhutan came with Doklam episode and ever since Beijing is attempting to enhance its footprints in Thimpu which does not enjoy diplomatic ties with any of the five permanent members of the UN Security Council said The Economic Times.

Experts on Bhutan point out that the outcome of third general elections in Bhutan later this year will be extremely critical for its ties with both India and China. In a rare move NSA, Foreign Secretary Vijay Gokhale and Army Chief together visited Thimphu recently.

While Bangladesh President Abdul Hamid is currently on a five-day state visit to India including his participation at the International Solar Alliance Summit, Modi’s proposed visit to Dhaka assumes significance as there are expectations that he might offer some mechanism on sharing of waters of Teesta river, an emotive issue in Bangladesh.

Modi had earlier visited Bhutan in 2014 on his first trip abroad after he became PM. While he was in Dhaka on an official trip in 2015, Bangla PM Sheikh Hasina has been hosted here on three occasions. Experts on Bangladesh point out that the Hasina government has been smart in handling China. While Chinese companies are executing several projects in Bangladesh, 23 billion USD allotted for Belt and Road Initiative is yet to take off as the government in Dhaka has been sensitive to India’s concerns.

150 Plus Nepali Migrants To Arrive From UAE Tomorrow By NEW SPOTLIGHT ONLINE 13 hours, 49 minutes ago

Lunar Eclipse On June 5 And 6: Strawberry Moon, Time Of The Eclipse Duration In Nepal By NEW SPOTLIGHT ONLINE 15 hours, 16 minutes ago

SEE,11 And 12 Exam Decision Within A Week: Minister Pokharel By NEW SPOTLIGHT ONLINE 15 hours, 29 minutes ago

Nepal Reiterates Its One China Policy And Considers Hong Kong As An Integral Part of China By NEW SPOTLIGHT ONLINE 1 day, 14 hours ago