Following the dismissal of the petition by the Apex Court, the demand for dual citizenship for Non-residential Nepalis has come to an end 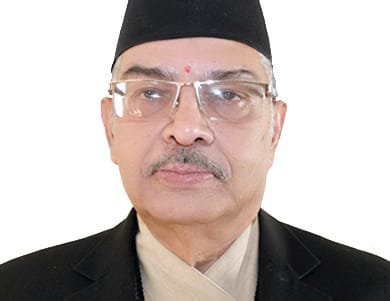 For almost ten years, dual citizenship had been a major demand of Non-Residential Nepalis (NRN). With almost half a million people of Nepali Diaspora living outside Nepal, giving up Nepali citizenship, individually, it was natural for them to claim the right to dual citizenship.

However, there are complications. Situated between two big and populous countries, Nepal cannot overlook the intricacies. This might be the reason that, despite a strong pressure from Non- Resident Nepalis, no government, which ruled the country after 2006, dared to fulfill this demand.

Although the current constitution has provisions to provide special benefits to NRNs, including their economic rights, they are denied the political rights to contest the elections. One group of people have been arguing that dual citizenship means division to loyalty of an individual to the nation. They oppose the idea to issue dual citizenship.

With so many complexities involved, a large number of countries deny the right of dual citizenship and Nepal is not an exception.

Other groups have been lobbying for dual citizenship on grounds that this will pay a large number of Nepali to come and invest in their place of birth. Given a long discussion and controversy, finally a full bench, headed by an active chief justice, closed the door of debate over the dual citizenship.

Govinda Belbase, a British citizen of Nepali origin, filed a petition in the Supreme Court seeking to nullify the clause 10 of the Citizenship Act 2006.

This clause bars securing dual citizenship. According to the clause, anyone wishing to secure Nepali citizenship needs to renounce the old citizenship.

The court said a Nepali citizenship certificate cannot be issued until the individual relinquishes the citizenship of the country of residence.

This order concluded a decade long debate over the demand of dual citizenship for Non-Resident Nepali people. Assistant spokesperson of Supreme Court Nagendera Kalakheti confirmed that the decision quashed the petition. According to Kalakheti, the court’s decision said that there is no need to issue order as per the demand of petitioner.

After the court’s verdict, the door in securing Nepali citizenship without renouncing the existing one is closed forever. The court will release the full decision to public with the bases and causes to quash the petition.