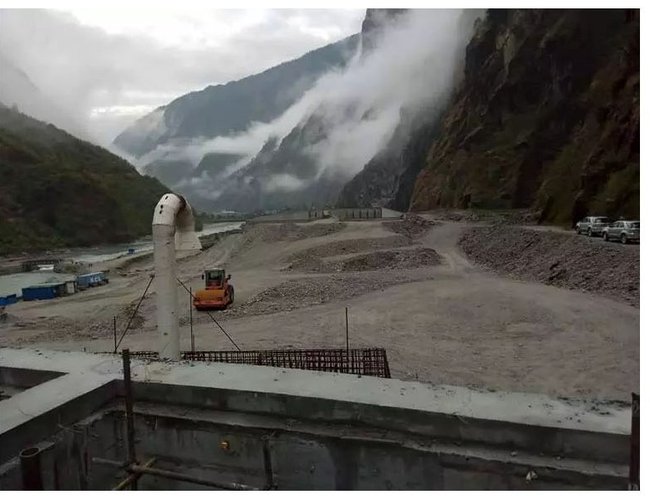 With the delay dallying by Indian contractors, the completion deadline of 456 MW Upper Tamakosi is likely to go beyond January 2019. According to bizmandu.com, Indian Company Texma Rail and Engineering, which is awarded hydro-mechanical contract, failed to install pain-stock still pipe in the schedule.

Bizmandu.com quoting NEA MD Kul Man Ghising writes after breakthrough of Tunnel in early December 2017 when there was a progress of work to 92 percent. Since last December only 3 percent work completed.

Earlier deadline was to generate energy from one of its unit up to middle of July. Due to request from contractor, the deadline extended up to December 2018. MD Ghising said that the project will not be completed before March 2019. The project has to face the loss of Rs. 20 million per day for delay.

Madhesh Based Party Demand To Include Its Agenda In The Amendment
May 27, 2020
Anti-viral Drug Remdesivir Appears Promising To Treat COVID-19
May 27, 2020
Global coronavirus Cases Top 5.5 Million: Johns Hopkins University
May 27, 2020
Twitter Tags Trump Tweet With Fact-checking Warning
May 27, 2020
Congress Leader Gandhi Demands Government Clarity On Border Issue With Nepal
May 27, 2020

COVID-19 Economic Implications By A Correspondent 4 days, 23 hours ago