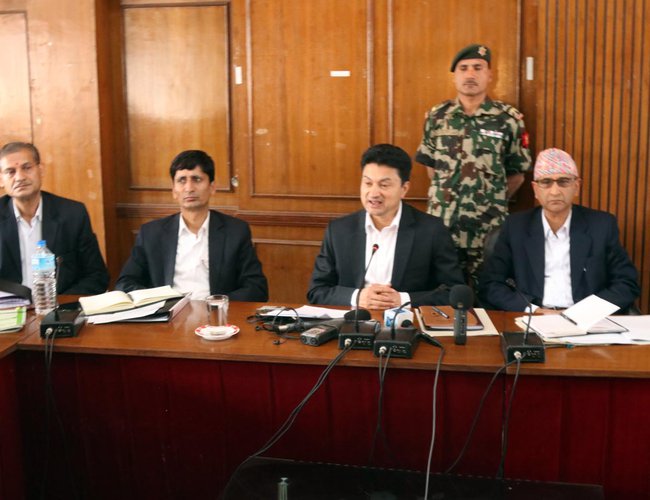 Ministry of Labor, Employment and Social Security decides to permit workers, who have already completed all the process with visa, to go Malaysia. Due to the government’s recent decision to thoroughly investigate the process to prevent fraudulent, more than 1000 workers with all the documents are also stranded in Kathmandu.

According to the Ministry, the government has decided to issue permission to those workers who received working visa before May 16. Following reports of massive fraudulent in the process, Ministry stopped issuing permission for those to go to Malaysia. This decision virtually stopped the process of sending workers in Malaysia.

Every day almost 1000 Nepalese are crossing Rupedia border to go to India for employment. From Banke border point, all ages of people including youth, aged and women are entering to India Naya Patrika reports quoting the record of Area Police office Jamunia.

According to the police record, those, who are crossing border from Banke, are from Jumla, Kalikot, Surkhet, Dailekha, Rukum, Jajarkot, Rolpa, Pyuthan and Dang,

“As large numbers Nepalese are going India in a groups, it is difficult to keep records,” said Police Inspector Anil Shah. People from hill and mountain are crossing the border in a group consisting of 20-30 people in each group.

At a time when there is a lack of employment back home, people from mid-western region have no option other than to go India for employment.