Nepal's leading strategic analyst, Dr. Pramod Jaiswal, is of the opinion that greater cooperation between Nepal and China on the energy front would definitely dent India's influence over the Himalayan nation 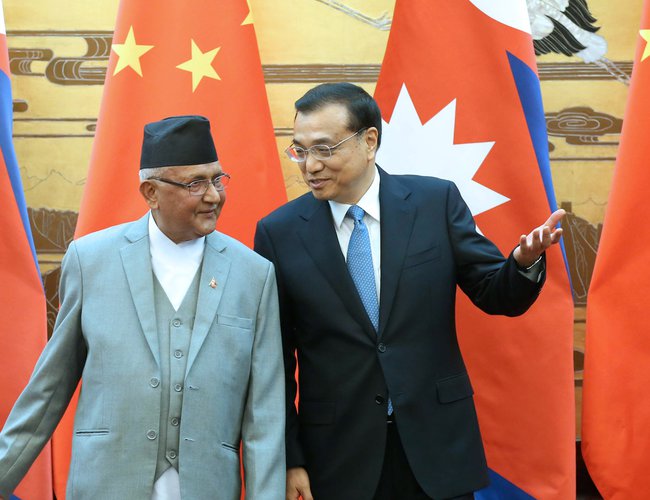 "Nepal-China cooperation is increasing especially after Oli came to power. Nepal needs economic support for the development of infrastructure and energy requirements. Nepal has learned lessons from the 2015 economic blockade and doesn't want to put all of its eggs in one basket and is, therefore, hobnobbing with China to meet its requirements. Although it will definitely make a dent in India's sphere of influence but it would not diminish India's role due to its close proximity and ancient ties. The fact is that Nepal needs both India and China for its development," Dr. Pramod Jaiswal, a Nepal-based strategic expert, told Sputnik.

Nepal's leading strategic analyst, Dr. Pramod Jaiswal, is of the opinion that greater cooperation between Nepal and China on the energy front would definitely dent India's influence over the Himalayan nation, but interpersonal contact between India and Nepal will always remain greater given the age-old cultural and traditional ties.

The Nepali government has begun the process of implementing a bilateral agreement on energy cooperation with China in a bid to attract more foreign investment and to reduce its dependency on India.

According to Russian newspaper Sputnik, Nepal's energy cooperation with China could end the land-locked nation's dependency on neighboring India for its power needs. The Nepal government has formed a seven-member committee to hold talks with China to implement the MoU on energy cooperation signed between the countries earlier this year in June.

Anup Kumar Upadhyay, a secretary in the Ministry of Energy, Water Resources and Irrigation, will co-chair the Nepalese team in a joint steering committee meeting with China to be held on September 27 and 28 in Nepal.

The steering committee will prepare the ground for creating an environment conducive to promoting investment in the energy sector from both the government and private sectors.

Meanwhile, China and Nepal have grown closer in recent times with the latter anticipating huge economic benefits from China's vision of the Belt and Road initiative.