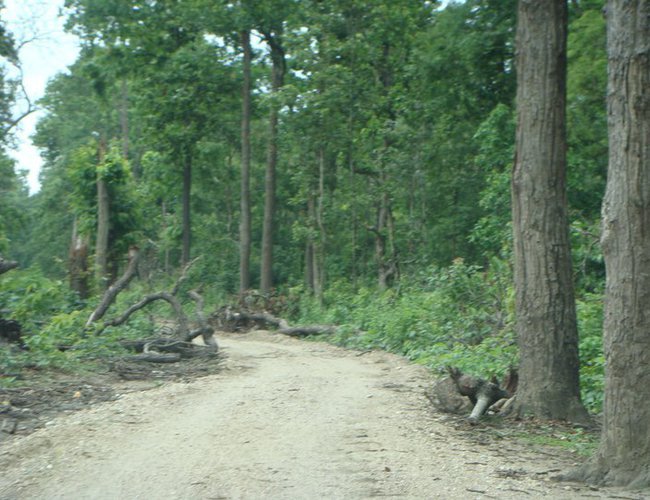 As leftist led and dominated Nepal’s environmentalists and environmental activists remain silent, Ministry of Forest and Environment has issued a permission to chop over 2.4 million green trees in Bara national forest to construct the proposed Second International Airport.

Conducted haphazardly without the consultation of stake holders, the clearance of the forest in Bara will have significant environmental impact in Bara, Parsa and Rutahat districts.

As Ministry of Tourism, Civil Aviation and Culture has given the green signal to construct the new airport in the southern plain, the clearance of forest is a matter of days unless a strong opposition from Nepal and India, which is currently unlikely.

Even the government of No 2 Madhesh Province remains silent over its stand on the forest clearance.

Buffer zone of Parsa National Park and habitat of Asian Elephants, Bara’s forest is also an important part of Terai ecology. With its destruction and construction of the airport, southern parts of Bara and adjoining border towns of India will have to face severe floods.

If the plan goes as proposed, Nepal’s large remaining green forest of Ganges Plain will be cleared within a few months to construct the New International Airport in Nijgadh Bara district.

Lying within the ranges of Parsa National Park, this area is also the habitat of Asiatic Elephant and Royal Bengal Tiger. According to experts, clearance of tropical forest will have grave environmental consequences for Parsa, Bara and Rautahat Districts of province 2, which already has an old airstrip in Simara.

“After the clearance of the forest, three districts will turn into a desert with frequent floods,” said Chandra Kishore Jha, a journalist based in Birgunj. “Provincial government ministers have already expressed anger over the decision.” This is the only remaining stretch of green forest in the area.”

Ministry of Culture, Tourism and Civil Aviation has sent a letter to Ministry of Forest and Environment requesting it to permit to clear 2.4 million trees in Bara District for the construction of Nijgadh International Airport.

According to a news report by Abdullah Miya in Kantipur daily, the minister made the request as per the EIA which was recently approved by the Ministry. As per the EIA guidelines, they need to plant 25 trees for one plant and there is the need to plant over 61.2 million trees in 38294 hectares of land.

Kantipur daily also reported that Nepal Army, which has a global fame in peace keeping operation and environment preservation, will be given the role to clean the trees. However, Nepal’s environmentalists and civil society members are yet to react on the news.