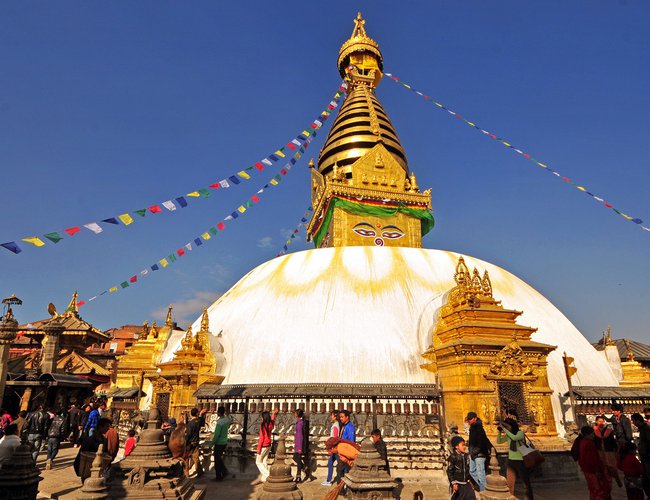 Lonely Planet writes, “In the aftermath of the 2015 earthquake, news reports from Kathmandu showed a city broken and in mourning, but today the narrative is all about reconstruction and rejuvenation. Sure, there’s work to do restoring the magnificent monuments that crumbled during the disaster, but historic sites are being returned to their former glory, and moves to calm the city’s infamous traffic, smog and noise have made Kathmandu more livable than it has been in decades. There’s even reliable electricity and wi-fi as bonus creature comforts in the atmospheric and maze-like alleyways of the old city.”

Lonely Planet, a travel guide, announced its ten picks for the best travel destinations and experiences for 2019. Copenhagen, Denmark has been listed as the top destination for 2019. Shēnzhèn, China; Novi Sad, Serbia; and Miami, Florida follow Copenhagen and rest just above Kathmandu as the top five picks.

Seville, the capital of Spain’s southern Andalucía region, was the travel guidebook’s top pick for 2018 while Kaohsiung, Taiwan claimed the 5th spot.

Likewise, Sri Lanka, Germany and Zimbabwe are among the Lonely Planet’s top 10 countries to visit in 2019. Egypt’s Southern Nile Valley took the top spot on the best value destinations ranking.