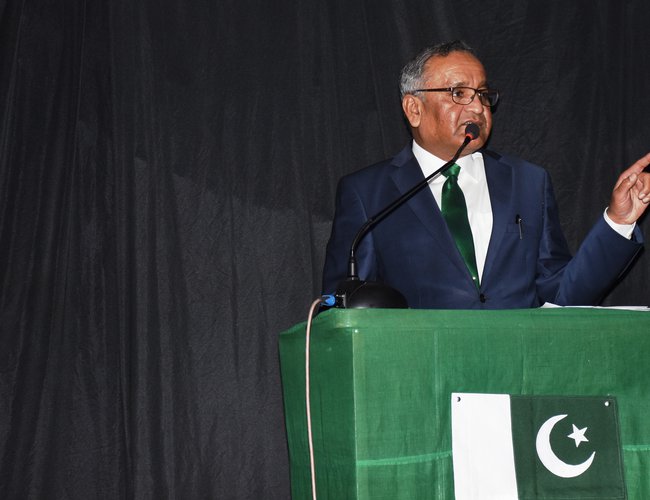 Embassy of Pakistan, Kathmandu, organized a talk program on the topic “Jammu and Kashmir Dispute and Recent Escalation in Human Right Violations”. The program was attended by over 250 participants representing a cross section of Nepalese society including intellectuals, think thanks, media persons and civil society.

The speakers emphasized the need for an early resolution of Jammu and Kashmir dispute in accordance with the wishes of people of Jammu and Kashmir as per the UN resolutions. The Ambassador Mazhar Javed stressed the need for an early and full implementation of UN (OHCHR) recommendation on establishment of a Independent Commission of Inquiry to investigate and persecute the atrocities of being committed in Indian Occupied Kashmir.

According to a press release issued by Embassy of Pakistan, 27 October is observed as Black Day around the world to mark the landing of Indian forces in Jammu and Kashmir on this date in 1947. The Speakers talked at length about the June 2018 report of the UN Office of the High Commission on Human Rights (OHCHR). The report had highlighted the killings, use of pallets guns, rapes and arson by the occupation forces.

FAO’s Asia And the Pacific Nations To Hold Regional Conference In Virtual Mode In September By NEW SPOTLIGHT ONLINE 1 day, 17 hours ago