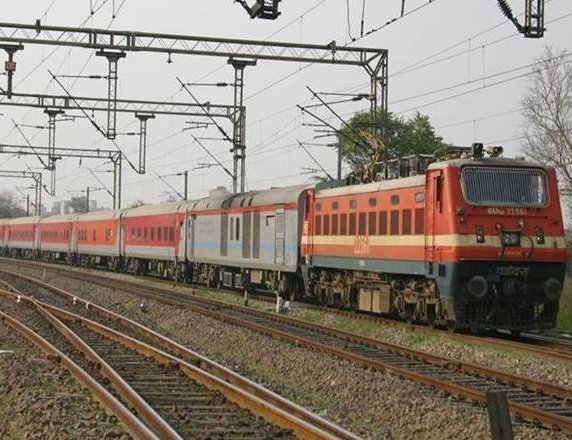 The first passenger train between India and Nepal is likely to run on broad gauge from December this year. The passenger train will run from Jayanagar in Bihar to Kurtha in Dhanusa district, which falls in Janakpur zone of south-eastern Nepal, covering a 34 km long corridor stretch.

A source was recently quoted in a PTI report saying that an immigration check-post is likely to be set up at Jayanagar railway station, manned by either the Bureau of Immigration or by the state government. Moreover, for Indian and Nepalese nationals crossing the border through this stretch, visa will not be required.

According to Financial Express, the authorities from Nepal have informed Indian Railways that the section will be opened with four trips and will ply in 8 to 16 hour shifts. While the first train is going to be a passenger train service, the Nepalese have stated that they want to run both passenger trains as well as freight trains on this section. Another source was quoted in the report saying that for the purpose, Nepal will take rolling stock including rakes, coaches and others on lease from India. Several inter-ministerial meetings on this were held by the ministry of external affairs, Nepal government, the railways and other stakeholders. Additionally, more meetings are likely to take place to finalise the logistics.

“The rail project is being seen as part of efforts to counter China’s plans to forge railway connectivity with Nepal. Following Beijing’s decision to extend its railway network up to Kathmandu in Nepal, New Delhi, during Nepal Prime Minister K P Sharma Oli’s recent visit to the country, proposed the construction of new railway links. Both India and Nepal have plans for four cross-border railway links, including one to connect Raxaul to Kathmandu,” reports Financial Express.

The source quoted in the report also informed that the sale of tickets will be through an unreserved ticketing system (UTS) and passenger reservation system in Nepal, which will be facilitated by the railways.

The railway line between Jayanagar-Kurtha was originally set up during the British Raj to transport logs from forests at Mahottari to India. The rail line from Jayanagar in Bihar to Bijulpura in Mahottari, at that time, was 52 km long. But due to floods 15 years ago, the Bighi bridge was swept away, causing disruption of railway services on the 29-km long stretch from Janakpur to Jayanagar.

The Express reports that the India-Nepal railway project, worth Rs 5.5-billion has been divided into three phases. The first phase includes building of a 34-km long segment between Jayanagar and Kurtha, the second phase includes construction of an 18-km long segment from Kurtha to Bhangaha in Mahottari district, and the third one includes building of a 17-km segment from Bhangaha to Bardibas. However, out of the total length, only three kms falls in the Indian territory.

Nepal Airlines To Transport All Vaccines Within This Week From China By Agencies 4 days, 12 hours ago