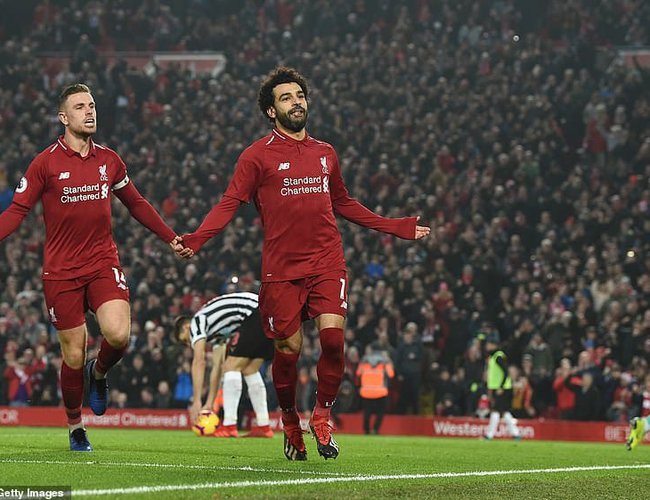 Three quick thoughts on the whistle from Liverpool's 4-0 win over Newcastle United on Boxing Day.

Liverpool extended their lead at the top of the Premier League to six points by beating Newcastle - because Manchester City, who started the day as their nearest challengers, lost at Leicester City.

Goals by Dejan Lovren, Mohamed Salah from the penalty spot, Xherdan Shaqiri and substitute Fabinho, ensured Jurgen Klopp's side will start 2019 at the top of the table.

Newcastle wasted a great chance to take the lead at 0-0 when Joselu failed to connect properly with Matt Ritchie's excellent cross and were punished when Lovren dispatched a half-volley into the roof of the net.

Salah's penalty doubled the lead after referee Graham Scott judged that Paul Dummett had fouled the Egypt forward, before Shaqiri tucked home the third from an assist by Trent Alexander-Arnold.

Liverpool completed the scoring through Fabinho's header and reach the halfway point of the season six points ahead of second-placed Tottenham, who were 5-0 winners against Bournemouth. 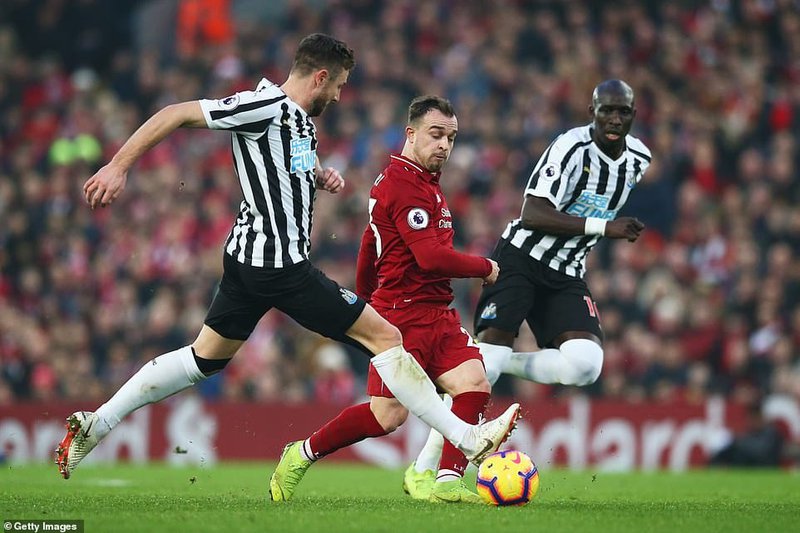 News of Manchester City's demise at Leicester - their second straight defeat - was greeted with a huge roar at Anfield.

A week ago there was just one point between Liverpool and Pep Guardiola's reigning champions, yet Klopp's side will go into their final game of 2018 on Saturday against Arsenal with Tottenham their nearest challengers.

The Reds certainly look the part.

They have reached the halfway point unbeaten - just like City did on the way to the title last season.

The Reds secured a 12th top-flight clean sheet without too many scares, although Joselu's headed miss when the game was goalless was a let-off. 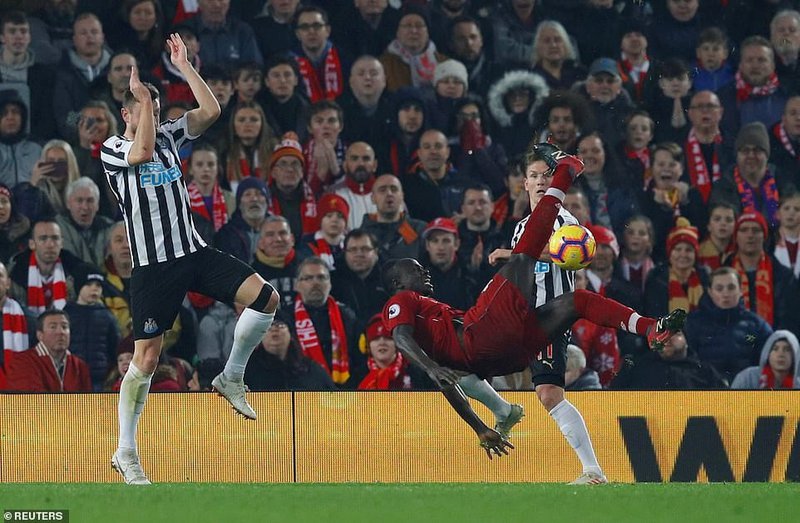 Shortly afterwards Lovren found the roof of the net with a sublime finish, before Salah doubled the lead from the penalty spot and Shaqiri pounced for his fourth goal in as many games.

It was at this point news filtered through from the King Power Stadium that Manchester City were losing 2-1 - and with Liverpool fans in party mood, substitute Fabinho headed the fourth to wrap up a 16th win in 19 league games.

In addition, this was Klopp's 100th win as Liverpool manager in his 181st match. 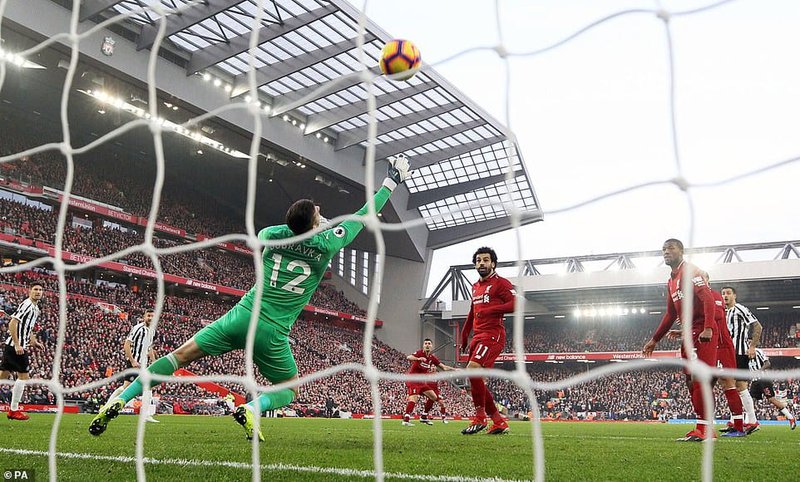