“Chitwan National Park has become a unique identity for Nepal; protecting this World Heritage Site is our collective responsibility,” stated Bishwa Nath Oli, Secretary of the Ministry of Forests and Environment. 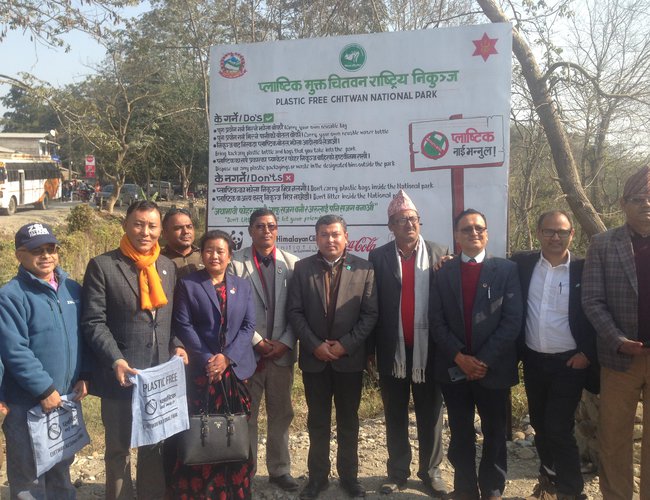 On the first day of 2019, in a landmark decision the government announced Chitwan National Park, Nepal’s first national park, as the country’s first plastic-free protected area. With effect from today, plastic bags will be banned in Chitwan National Park while every item of single-use plastics including water bottles and food wrappers that are taken inside the national park from any of its eight entry points will need to be brought out.

“Chitwan National Park has become a unique identity for Nepal; protecting this World Heritage Site is our collective responsibility,” stated Bishwa Nath Oli, Secretary of the Ministry of Forests and Environment. “The plastic-free Chitwan National Park campaign is one of the efforts towards preserving the park’s natural heritage made possible by the joint coordination and commitment of multiple stakeholders.” 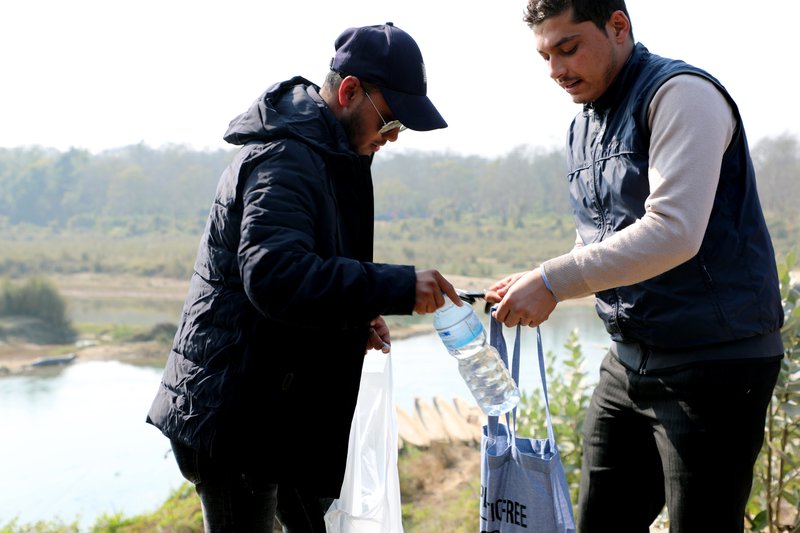 The initiative, led by the Ministry of Forests and Environment, will be implemented by Chitwan National Park with the support of Nepal Army, WWF Nepal, Himalayan Climate Initiative, Coca-Cola Nepal, National Trust for Nature Conservation, local buffer zone communities and tourism entrepreneurs

.“Implementing the plastic-free campaign in Chitwan National Park already has our commitment,” stated Bed Kumar Dhakal, Chief Conservation Officer of Chitwan National Park. “The park will introduce alternatives to plastic bags and plastic products for visitors to the national park and work with partners and the local buffer zone communities to ensure the success of the campaign.” 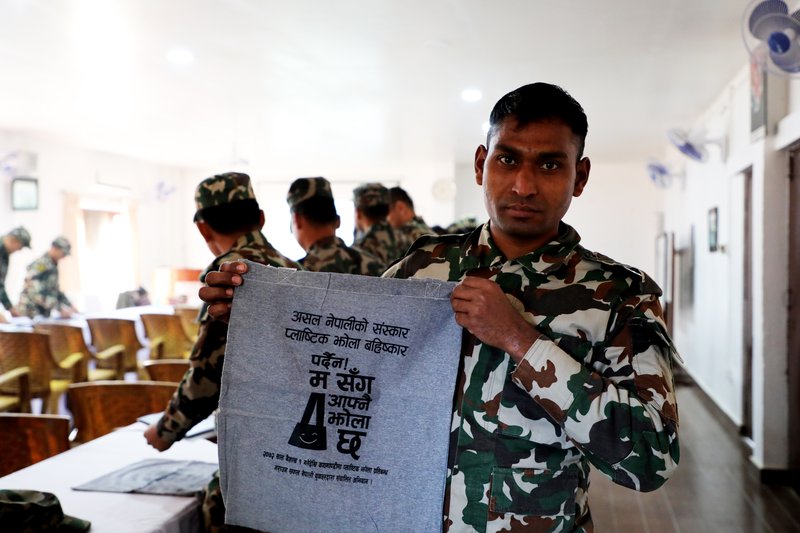 The announcement made today at a special program organized in Sauraha was upheld by a joint commitment of support made by representatives from local, state and federal governments, buffer zone communities, private sector and tourism agencies, and conservation and civil society organizations. The plastics ban in Chitwan National Park, which is also the first site to be accredited as a Conservation Assured Tiger Standards (CA|TS) site, is expected to help preserve the natural habitat and protect wildlife such as tigers, rhinos, elephants and freshwater species while opening up local entrepreneurship opportunities in non-plastic alternative products.

“We are looking at local solutions to tackle the world’s global problems, plastic being one of them,” stated Dr. Ghana S. Gurung, Country Representative of WWF Nepal. “By working together at all levels – federal, state and local – we need to uphold our individual and institutional commitment and credibility for the successful implementation of this maiden undertaking.”

According to press release issued by WWF Nepal, prior to the announcement, a series of orientation programs was organized for representatives from buffer zone communities, Nepal Army and the national park to build a common understanding of the plastics issue and a shared responsibility for successfully implementing the plastic bag ban in the protected area. 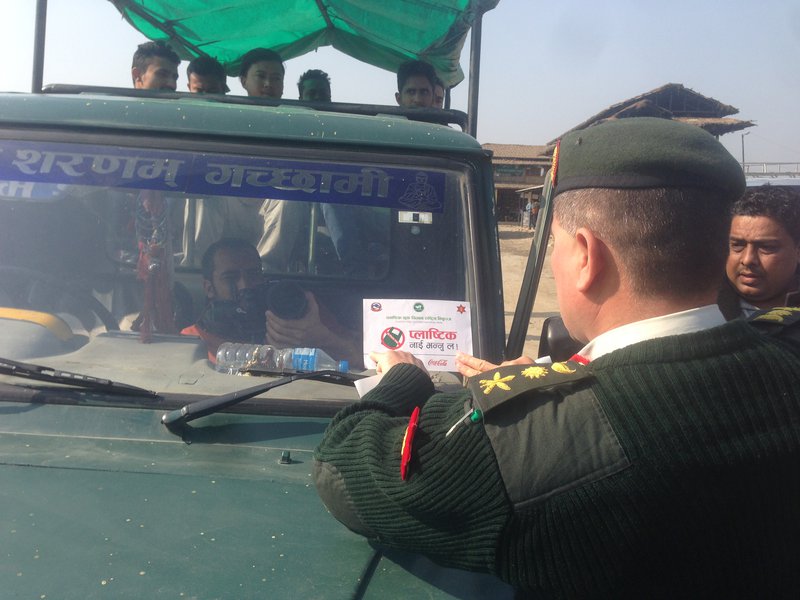 Shilshila Acharya, CEO of Himalayan Climate Initiative said, “It is estimated that an average of 20 million plastic bags are used every day in Nepal. The use-and-throw culture and pollution created due to single-use-plastics is destroying our planet. I believe that the coming together of all sectors to declare Chitwan National Park as a single-use-plastics free zone is a much-needed step forward, to inspire similar efforts in other protected areas and in entire Nepal.”

Collection bins have been placed in numerous locations outside Chitwan National Park for visitors to dispose of any plastic items brought out from the national park. The collected single use plastics, primarily water bottles, will in turn be taken back to collection sites and waste management plants in Chitwan for recycling.

“It’s the right thing to do for our planet, our communities, and our business,” said Ambuj Singh, Country Director of Coca-Cola in Nepal. “Coca-Cola Nepal shall ensure the recyclable plastic waste collected at Chitwan National Park goes through the right recycling process; while we will together with our partners continue to explore solutions for non-recyclable plastics.” 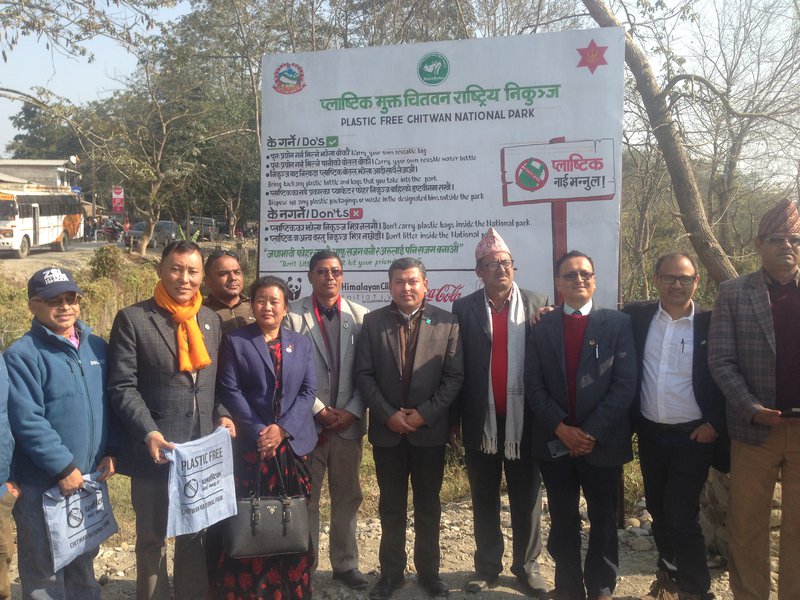 With a plastic bag ban already in effect in Kathmandu Valley and given a successful implementation in Chitwan National Park, the zero-plastics initiative is expected to find further impetus and introduced in other protected areas and regions of Nepal.