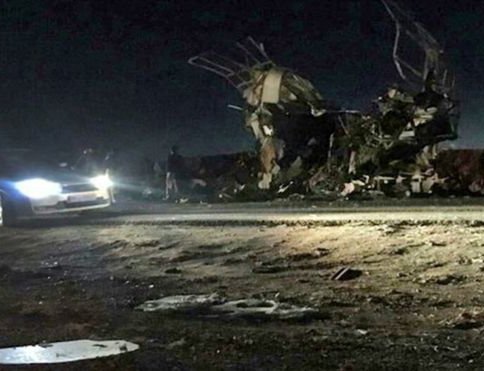 A suicide attack in south-eastern Iran has killed at least 27 members of the Revolutionary Guards, state media say.

The bomber targeted a bus transporting personnel in Sistan-Baluchestan province near the border with Pakistan.

The Sunni Muslim militant group, Jaish al-Adl (Army of Justice), has said it was behind the bombing.

The Revolutionary Guards, set up shortly after the 1979 Islamic Revolution, are a major military, political and economic force in Iran.

Nepal Extends Lockdown Until June 14 And Suspended All Flights Till June 30 By NEW SPOTLIGHT ONLINE 1 day, 4 hours ago

More Than Half A Million Nepali Foreign Migrant Workers Registered For Repatriation By NEW SPOTLIGHT ONLINE 1 day, 17 hours ago