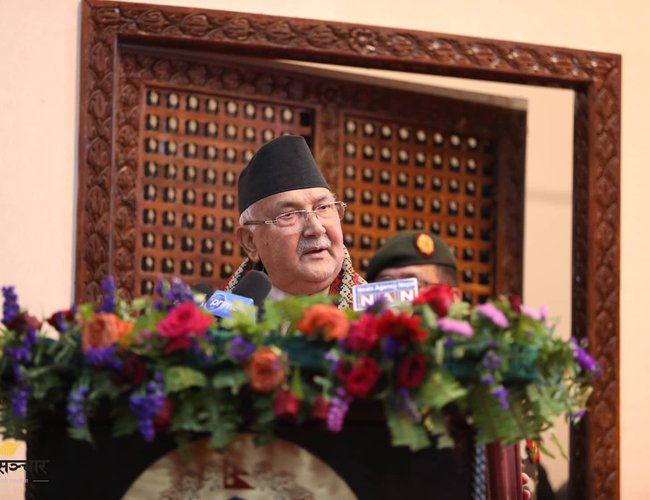 He said that money will be generated through various sources including private sector, people and the government entity.

Before the inaugural program, Ministry of Energy, Water Resources and Irrigation Barshaman Pun Ananta addressed a press conference in his ministry.

Issuing a white paper, minister Pun said that each citizen will be made share holders in the power project. There will be 10 projects in seven provinces with the capacity of 3479 MW. Per MW cost of the project will be Rs.200 million.

Developed by Hydro-electricity Investment and Development Company Ltd, the total cost of the projects will be Rs.7 billion. Minister Pun claimed that each project will give 15 to 17 percent. Minister Pun said that attractive interest rate will be offered in such money.

According to the approach paper, they will invest 106 billion rupees annually. The deficit money will be generated from local people, bond, debaucher and foreign client.

PM Oli Greeted PM Modi On The Occasion Of Its 74th Independence Day By NEW SPOTLIGHT ONLINE 4 hours, 7 minutes ago