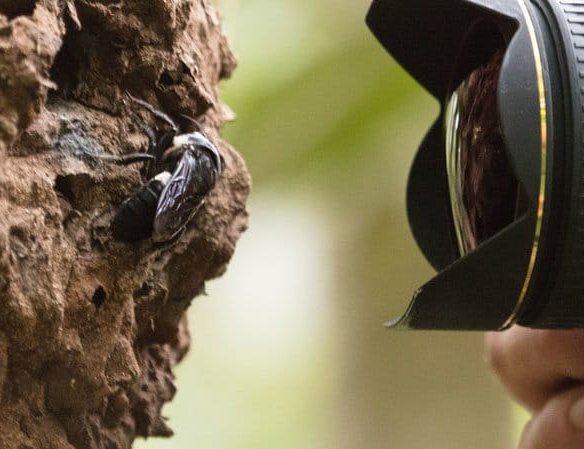 The world's biggest bee has been re-discovered, after decades thought lost to science.

The giant bee - which is as long as an adult's thumb - was found on a little-explored Indonesian island.

After days of searching, wildlife experts found a single live female, which they photographed and filmed.

Known as Wallace's giant bee, the insect is named after the British naturalist and explorer Alfred Russel Wallace, who described it in 1858.

Scientists found several specimens in 1981, but it has not been seen since.

In January, a team followed in Wallace's footsteps on a journey through Indonesia in an attempt to find and photograph the bee. 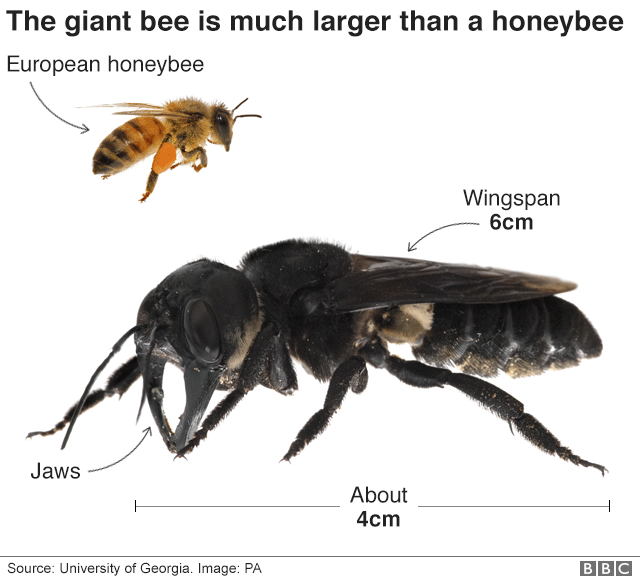 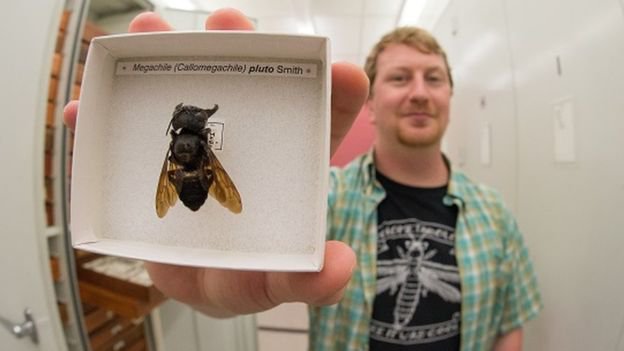 "It was absolutely breathtaking to see this 'flying bulldog' of an insect that we weren't sure existed anymore, to have real proof right there in front of us in the wild," said natural history photographer, Clay Bolt, who took the first photos and video of the species alive.

"To actually see how beautiful and big the species is in life, to hear the sound of its giant wings thrumming as it flew past my head, was just incredible. "

The discovery, in the Indonesian islands known as the North Moluccas, raises hopes that the region's forests still harbour one of the rarest and most sought after insects in the world.

There are currently no legal protections around its trade.

Trip member and bee expert Eli Wyman, an entomologist at Princeton University, said he hoped the rediscovery would spark future research towards a deeper understanding of the life history of the bee and inform any future efforts to protect it from extinction. 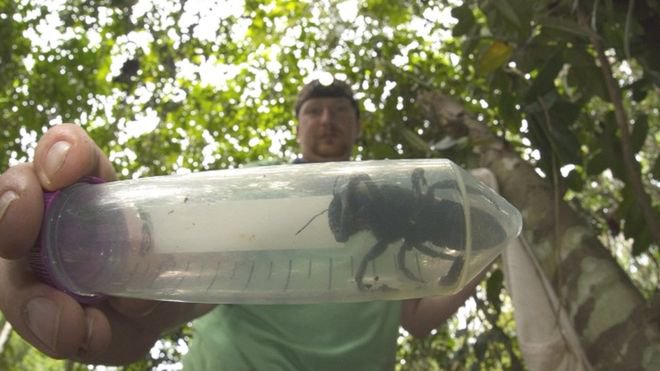 "By making the bee a world-famous flagship for conservation, we are confident that the species has a brighter future than if we just let it quietly be collected into oblivion," said Robin Moore.

In January, the group announced they had found more rare Bolivian frogs belonging to a species thought to be down to one male.

I Miss My Friends In Langtang Every Day... But Today I’m Missing The Langtang Glaciers Too. By Austin Lord 3 weeks ago

Two-fifths Of Plants At Risk Of Extinction By Agencies 1 month, 3 weeks ago

Wildlife Populations Have Fallen By Two Thirds: WWF By Agencies 2 months, 2 weeks ago

Green Climate Fund Approved US$ 27.4 Million Grant To Nepal By Agencies 3 months ago