Trump And Kim In Day Of Nuclear Talks

Trump And Kim In Day Of Nuclear Talks 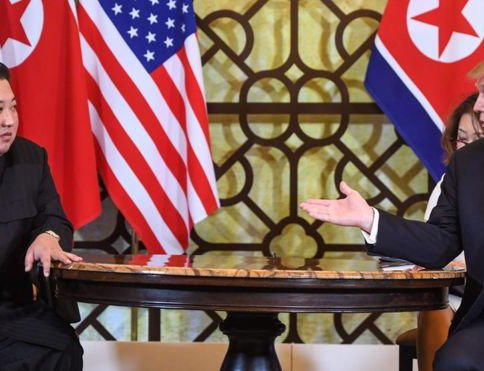 US President Donald Trump and North Korea's leader Kim Jong-un have begun a crucial final day of talks in Vietnam on nuclear disarmament.

Little progress has been made towards denuclearisation since a first historic summit last year. All eyes are on what if any concrete steps will be agreed.

"There's no rush. We want to do the right deal," Mr Trump said alongside Mr Kim ahead of their meeting.

Mr Kim said he had a feeling that "good results" would be reached.

Although they are expected to discuss a roadmap for removing nuclear weapons from the Korean peninsula, a number of other options could also be on the table, which either side could claim as a victory.

Why a second summit?

The first summit last June in Singapore between two leaders who had previously only exchanged vitriol was certainly a historic moment. Now, they are both very conscious of the need to answer their critics with signs of concrete progress.

Washington had previously said North Korea had to unilaterally give up its nuclear weapons before there could be any sanctions relief, but that condition is known to be a sticking point for the North Koreans.

Speaking side by side ahead of their talks, Mr Trump said he had "great respect" for Mr Kim and that their relationship was "very strong". He repeated that North Korea could be "an economic powerhouse" if the talks went well. 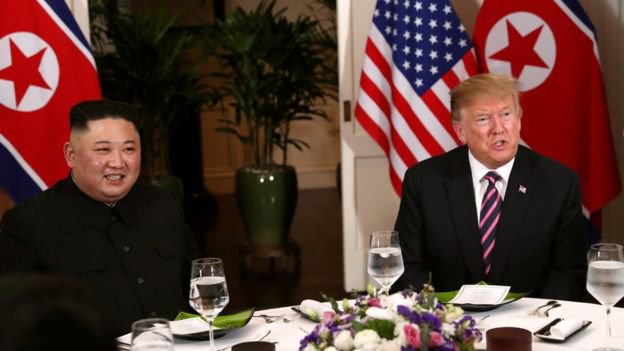 Mr Trump appeared to again address scepticism about the success of the last summit and the pace of progress: "I've been saying it from the beginning. Speed is not that important to me."

Meanwhile, in what is believed to be his first ever response to a foreign journalist's question, Mr Kim said: "It's early to tell, but from my instincts, I do have a feeling that good results will emerge."

On Wednesday, as they met for dinner, they both shared warm words - Mr Trump hailed Mr Kim as a "great leader" and was flattered as "courageous" in return.

The pair dined on US sirloin steak and pear kimchi, and were joined by their chief advisers, Kim Yong Chol for Mr Kim and Secretary of State Mike Pompeo - a show of camaraderie ahead of Thursday's talks.

China-India Relations Can Be Healthy: Global Times By NEW SPOTLIGHT ONLINE 1 week ago