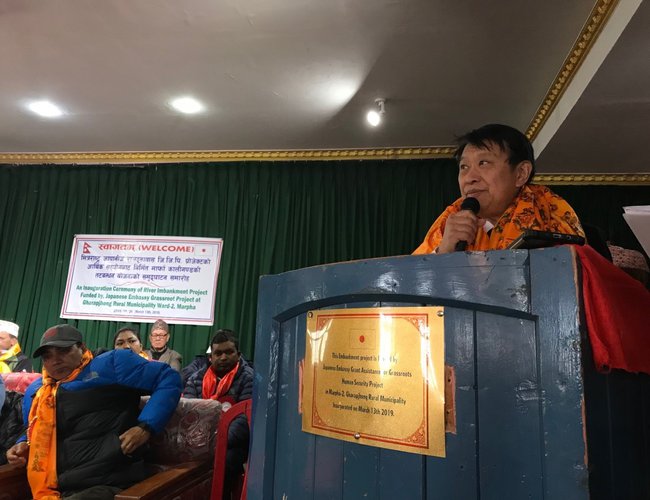 Ambassador of Japan to Nepal Masamichi Saigo handed over embankment along the Kali Gandaki River Bank to the Ward No. 2, Gharapjhong Village Municipality.

Under the agreement the Embassy of Japan provided grant assistance of USD 90,296 (about NPR 9.2 million) under the Japanese Government's Grant Assistance for Grassroots Human Security Projects (GGP).

The project supported the construction of a 420 meter long embankment along the bank of the Kali Gandaki to prevent erosion of adjacent land. The embankment protects land near the school grounds and nearby agricultural plots. The embankment is expected to contribute towards the safety of students and villagers and also protect fields from further erosion. 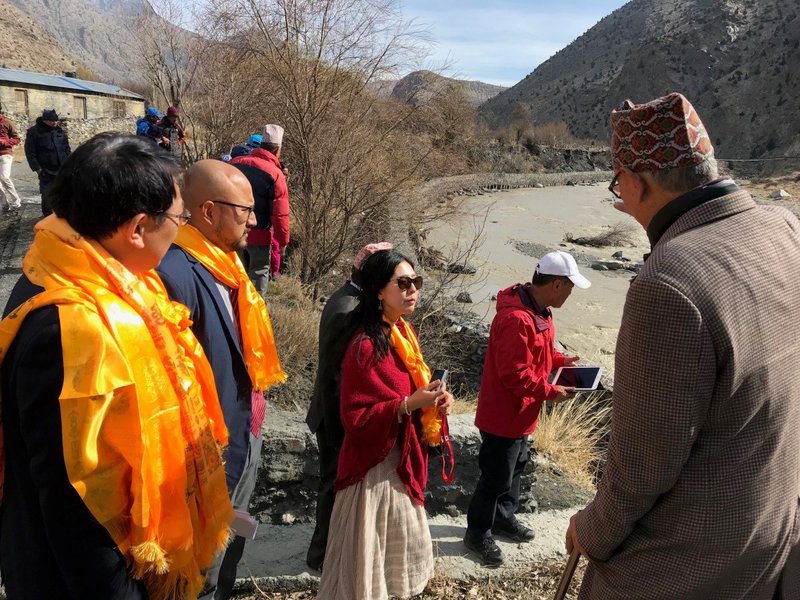 Marpha is a village in Mustang District that is a famous stop-over for trekkers heading to Jomson, Muktinath, and beyond to Lo Manthang in Upper Mustang, and around the Annapurna range. Marpha is very well known in Japan since Ekai Kawaguchi, a Japanese Buddhist monk, stayed in the village in the early 1900s to learn about the local culture and language.