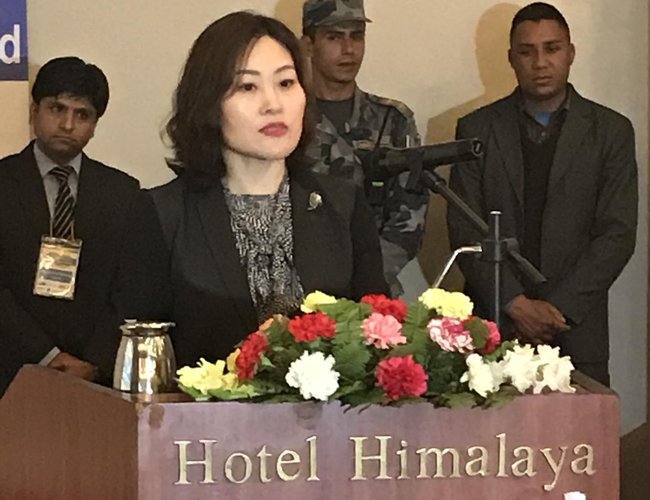 As there is growing move against China-Nepal Belt and Road Initiative cooperation from internal and external elements in Nepal, Chinese ambassador to Nepal Hou Yanqi has publicly termed anti-BRI comments as irresponsible. She refuted comments on China-Nepal Belt and Road Initiative cooperation by a U.S. official recently visiting Nepal as irresponsible.

"As we all know, insufficient industrial capacity, lack of self-reliant development capability, backward infrastructure and financing difficulties constitute bottlenecks for the development of many underdeveloped countries. Having faced the same problems over quite a long time, China shares the feelings of these developing countries. So we know their pressing needs and have conducted mutually beneficial cooperation with these countries under the principle of upholding justice while pursuing shared interests and provided assistance much needed to developing countries with no political strings attached based on our own experience," said the ambassador.

"All this cooperation has forcefully promoted the socio-economic development and improved the livelihood in relevant countries. The support and assistance China has offered have no political strings attached at all and does not interfere in their domestic affairs. They welcome and appreciate what China has done, and commend China as the most trustworthy partner of all the participating countries including Nepal. This is a fact as well as a common consensus of all the participating countries."

"If a country cannot provide help for developing countries, it should at least refrain from obstructing others from assisting these developing countries, even less hurting the benefits of these people to serve its own political needs and sowing discords. Though faced with a large amount of facts and statistics, the relevant country has played up the so called issue of non-transparency of China’s investment and increasing the debt burden from the BRI and made irresponsible remarks out of its political needs. It attempts to interfere in the friendly cooperation between China and Nepal which is very ridiculous."

“In fact, these remarks are unpopular and have no market. Since the signing of the Memorandum of Understanding (MoU) on Cooperation under the BRI in 2017, the two countries have continued to promote pragmatic cooperation in various fields under the framework of the BRI. The leaders of two countries have reached consensus on jointly building the trans-Himalayan Multi-Dimensional Connectivity Network. As part of the cooperation under the BRI, projects such as ports, highways, railways, aviation, and hydropower are progressing steadily and fruitfully and have brought tangible benefits for the development of Nepal and the life of Nepali people.

The Belt and Road Initiative: Nepal Connecting the World International Conference was held in Kathmandu.

In their speeches, experts and scholars from over 10 countries praised the promotion role of the BRI on the regional connectivity in the South Asia, which fully reflects the popularity of the BRI in the region, according to Chinese Embassy website with long statement of ambassador.

“We noticed that statement by Pradeep Kumar Gyawali, Minister for Foreign Affairs of Nepal, in an interview recently. He believes that BRI is a big economic concept and debt trap is an imported psychology. And the debt trap rumor in Nepal is aimed at instilling psychological fear. We appreciate the position of Nepali side. Suffice to say that justice is in the voice of the people. I hope that the relevant country can do more practical things for the developing countries themselves, instead of making indiscreet remarks or criticisms. It is my belief that the cooperation under the BRI between China and Nepal will continue to produce new and greater achievements, benefiting the two countries and the two peoples,” said the Ambassador in her statement.

Although Chinese officials rarely make any comment on such issues, this time the Chinese government has come up with strong words defending the initiative. The message is loud and clear for all, including Nepalese officials. 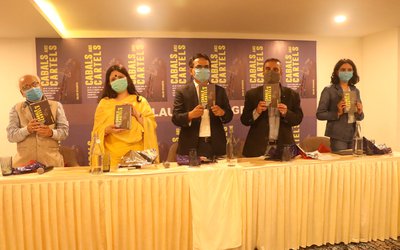 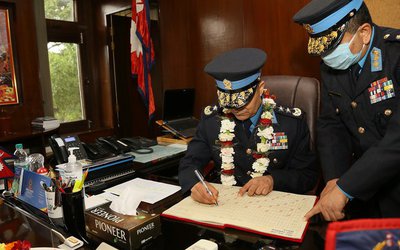 KULMAN GHISING Rush For Work By A Correspondent 4 days, 1 hour ago

VERDICT ON POLYMER NOTES Witch Hunting Ends By A Correspondent 4 days, 9 hours ago

TRISHULI RIVER BASIN Call For Protection By A Correspondent Aug 07, 2020