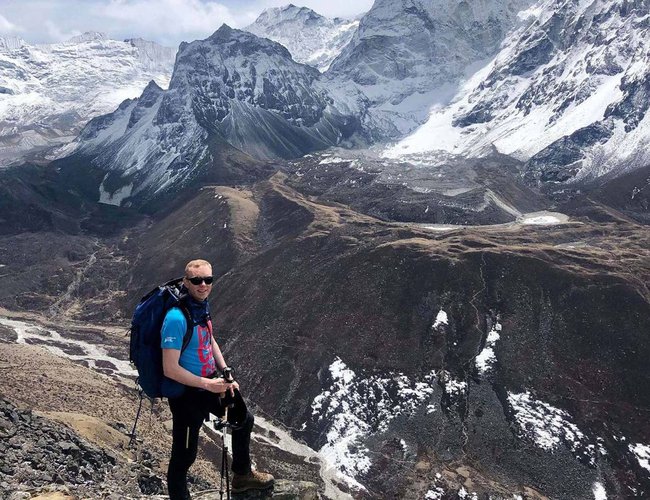 A British climber has died on the slopes of Mount Everest in Nepal after reaching the summit of the world’s highest mountain, officials have said.

Robin Haynes Fisher, 44, died in the so-called death zone known for low levels of oxygen on his attempted descent from the summit on Saturday morning, a Nepalese tourism department official said.

Fisher, from Birmingham, was described as an “aspirational adventurer” who “lived life to the full” in a statement from his family.

“He achieved so much in his short life, climbing Mont Blanc, Aconcagua and Everest. We are deeply saddened by his loss as he still had so many more adventures and dreams to fulfil … Everyone who ever met him in any capacity will always remember the positive impact he had on their lives.”

The British citizen is believed to have been the tenth fatality on Mount Everest in the current climbing season. The death is also the 18th across Nepal’s Himalayan mountain range during the season, which ends later this month.

Hiking officials have attributed most of the recent deaths to weakness, exhaustion and delays on the crowded route to the 29,000ft summit. So-called traffic jams of climbers have formed near the summit after about 380 permits to climb were issued by the Nepalese authorities.

Fellow guides changed Fisher’s oxygen bottle and offered him water, but could not save him, according to Everest Parivar Treks, the company that helped arrange the logistics of Fisher’s journey.

Murari Sharma, managing director of the company, said: “He died because of weakness after a long ascent and difficult descent. He was descending with his sherpa guides from the summit when he suddenly fainted.”

A spokesperson for the Foreign Office said: “We are in contact with relevant tour operators following reports that a British climber has died on Mount Everest and are ready to provide support to the family.”

It follows the death of an Irish climber in the early hours of Friday. Kevin Hynes, 56, died in his tent at 7,000m after turning back before reaching the summit. The father of two was part of a group from UK-based climbing company 360 Expeditions.

A US climber also died on his way down from Mount Everest on Friday, mountaineering officials said. Don Cash, 55, became ill at the summit and was treated by his two guides, said Pasang Tenje Sherpa, head of the Pioneer Adventure company.

“When he was on the top he just fell. The two Sherpas who were with him gave CPR and massages,” he said. “After that he woke up, then near Hillary Step he fell down again in the same manner, which means he got high altitude sickness.”

Their deaths come a week after Irish professor Seamus Lawless, aged 39 and from County Wicklow, fell during his descent from the peak having achieved a lifetime ambition of reaching the summit. The search for Mr Lawless, presumed dead, has been called off. 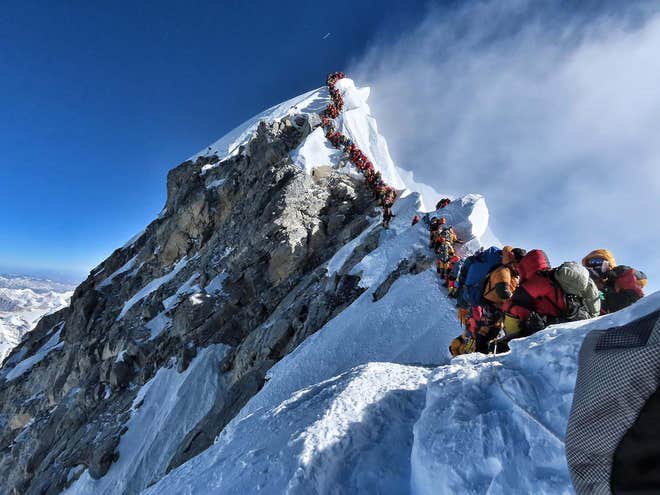 An Austrian climber and two Indian climbers are also reported to have died in the past week. Conditions are reportedly worse than usual this year, with high winds leaving less time for climbers to reach the summit.

Garrett Madison of the US based Madison Mountaineering company that sponsors climbers of Mount Everest said many were not “well qualified or prepared climbers” and were without the support necessary to climb safely.

“If they were with a strong and experienced team they would have likely been fine, but with minimal support, once something goes wrong it’s tough to get back on course,” said Madison.

Chinese Survey Team Expected To Reach Summit Of Mt. Everest On May 27 By Xinhua 4 months ago

Langtang Back To Normal (Photo feature) By Austin Lord 1 year, 1 month ago

Rainfall Continue Till Saturday In The Valley By Agencies Sep 24, 2020