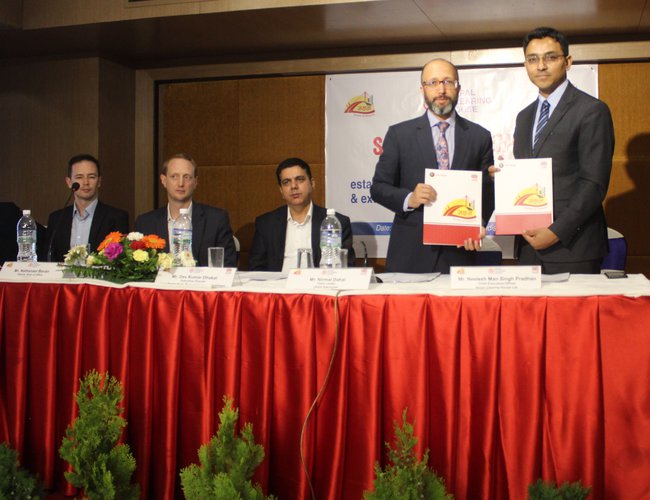 The partnership was officially announced today by signing and exchanging of agreement certificates between Neelesh Man Singh Pradhan, Chief Executive Officer of NCHL and Nirmal Dahal, Team Leader of Sakchyam. The event was organized in the presence of the Executive Directors of Nepal Rastra Bank (NRB), other officials of NRB and Presidents of Nepal Bankers Association, Development Banks Association and Nepal Financial Institutions Association.

The partnership aims to extend payment infrastructure for an integrated mobile and web-based payment services such that it will support in establishing an efficient and reliable digital payment ecosystem in Nepal. The three major ventures of this project are promotion, awareness and training of connect IPS e-Payment system, development and rollout of National Payments Interface (NPI) and extension of Settlement Guarantee Fund (SGF)

The above-mentioned ventures will cater to a variety of beneficiary groups, while the collective beneficiaries of the project include bank customers throughout Nepal, banks & financial institutions (BFIs), government/semi-government organizations, large corporates, SMEs, PSP/PSOs, etc. The project will also support to the Government’s policy towards creating a digital economy with increased P2P, P2G, G2P, C2B and B2C payments on a countrywide scale.

During the event, Pradhan, CEO of NCHL said “We have been establishing and operating various payment systems in line with Nepal Rastra Bank’s national payment system development strategy, with current strategic direction towards consolidation of such payment systems that will support the BFIs and also facilitate various stakeholders of the payments industry for extending the digital payments services. And this partnership with Sakchyam is expected to scale-up our initiatives.” 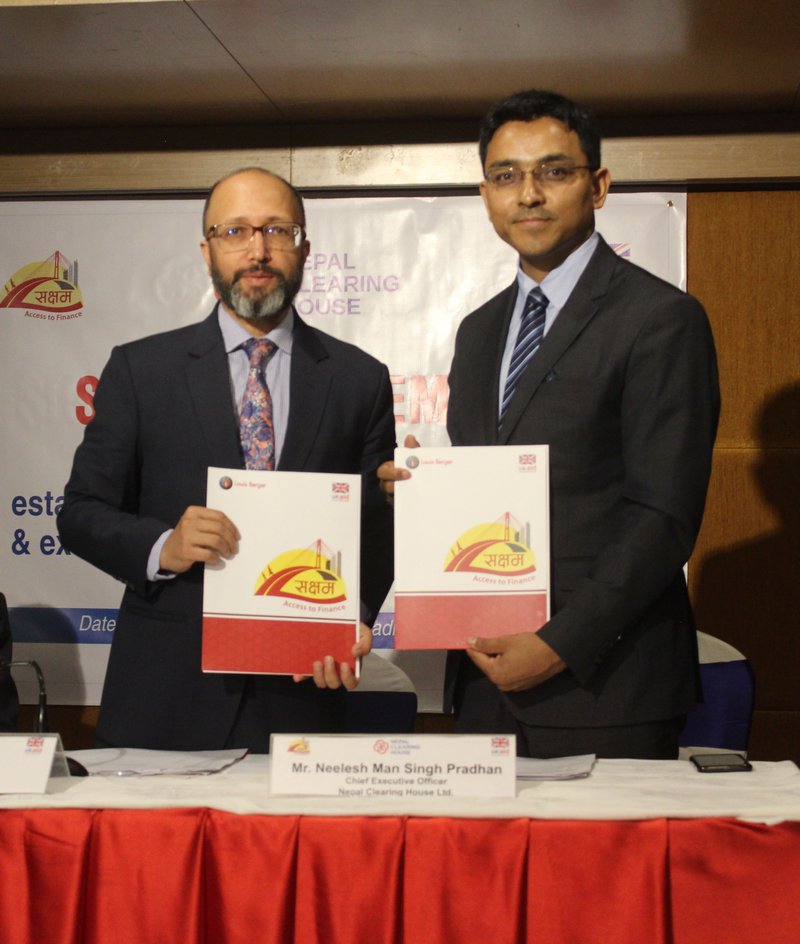 Dahal, Team Leader of Sakchyam said “Sakchyam has been working in modernization and strengthening of payment systems in Nepal. Sakchyam is supporting NRB to establish and operate Real Time Gross Settlement (RTGS) System and Central Securities Depository (CSD) System which is considered as key Financial Market Infrastructures by Bank for International Settlement (BIS). Sakchyam has a vision to support the retail payment ecosystem of Nepal as well and working with key stakeholders. The partnership with NCHL is an initiative to provide a common interface for multiple banks, financial institutions and PSPs/PSOs to access different institutions/customers and render the services seamlessly.”

Sakchyam Access to Finance is an UKaid-funded program as a part of an agreement between the Governments of Nepal and the UK. It is being implemented by Louis Berger for DFID Nepal, in partnership with local and international institutions.

NCHL is promoted by Nepal Rastra Bank and banks & financial institutions to establish multiple national payments infrastructures of which it has been operating NCHL-ECC, NCHL-IPS and connect IPS e-Payment systems with participation from the majority of the BFIs and few non-bank institutions.

Chandra Prasad Dhakal Files Nomination For The Post Of Senior Vice President Of FNCCI Along With His Panel By NEW SPOTLIGHT ONLINE 5 days, 7 hours ago