Generally Cloudy And Thunderstorm, Gusty Windss In Some Parts Of Nepal

Generally Cloudy And Thunderstorm, Gusty Windss In Some Parts Of Nepal 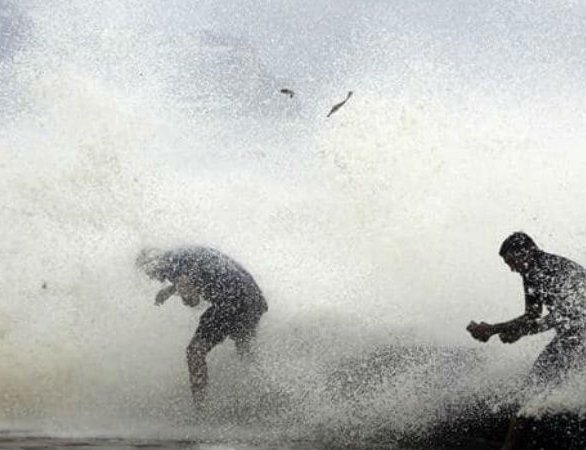 Department of Hydrology and Meteorology and Meteorological Forecasting Division announces that there will be generally cloudy in the eastern region along with central and western hilly regions and partly cloudy in the rest of the country. There will be thunderstorm accompanied with gusty winds/lightning likely to occur at some places of the eastern region and at a few places of the central and western regions.

A trough is extending from this system to Gangetic West Bengal. A cyclonic circulation lies over West central Bay of Bengal off Andhra Pradesh Coast. Moderate to heavy rain and thundershowers occur Assam and Arunachal Pradesh.

Rain and thundershowers with isolated snowfall are likely over Himachal Pradesh and Uttarakhand along with one or two places of Jammu and Kashmir.

Weather Forecast For April 2: Partly Cloudy In Hills And Fair In The Rest By NEW SPOTLIGHT ONLINE 1 day, 2 hours ago

Weather Forecast For April 1 Across Nepal By NEW SPOTLIGHT ONLINE 2 days, 3 hours ago